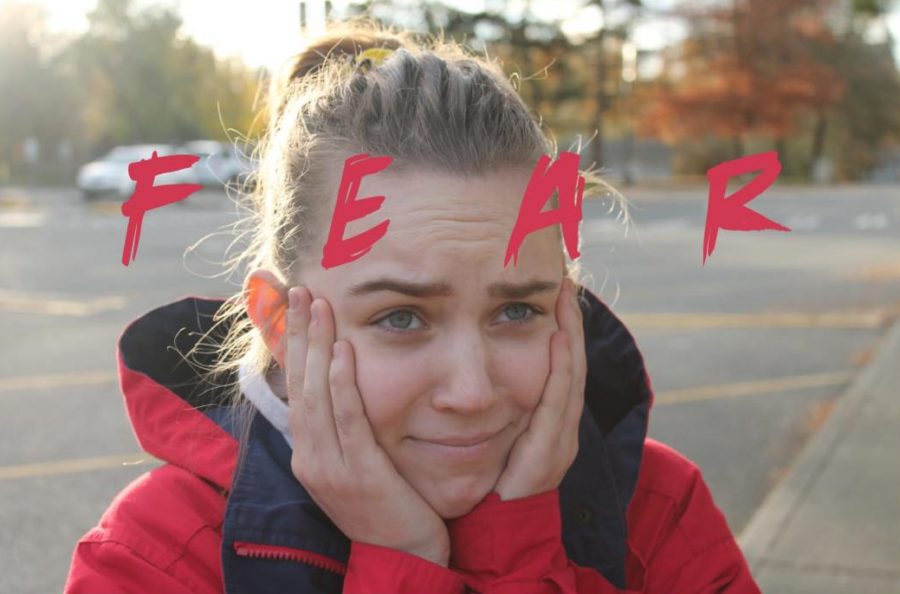 The Psychology of Fear

Why Humans are Attracted to It

Despite being universally deemed a negative emotion, fear has an appeal that made the horror movie industry roughly $479 million in 2016. The feeling is a psychological reaction when a animal is faced with threat. It evolved as a survival mechanism, and without it, the human race probably wouldn’t have lasted long enough to find it entertaining. But why is an emotion that developed to help us survive in the most threatening of situations so captivating to some?

Through recent studies, psychologists have discovered that the true feeling of terror is not attractive to humans; rather, it is the chemical release caused by a simulation of danger or “fake fear.”

“When you become scared, your brain has a natural fight or flight response. The response is made up of a bunch of neurotransmitters including an increase in adrenaline and endorphins,” psychology teacher Katrina Allemeier said.

Allemeier said that these chemicals, when released, can cause a natural high which can lead to addiction. Frequent exercise, activities like cliff diving, or even watching horror movies can all be expressions of an endorphins addiction.

People’s reactions to adrenaline and endorphins can present itself in various ways, as each mind is inherently different. Junior Gisele Charpentier and senior Kurt Miller are examples of this diversity.

“Horror movies get in my head; I much prefer roller coasters,” Charpentier said. Miller, on the other hand, said he enjoys watching horror movies with friends.

Empathy can also play a role in the enjoyment of fear — psychologically speaking, some people tend to feel emotion more intensely than others. Depending on the person, an excess of fear can either be exciting or overwhelming. This might explain why Charpentier said she likes the adrenaline rush from rollercoasters but finds horror movies “haunting.” Furthermore those who are highly empathetic tend to feel the emotions of the victims in the movie and are shown to experience more negative psychological effects than the average viewer.

For those who like them, however, horror movies can be an enjoyable distraction from everyday pressures — they give your brain the right amount of stimulus and stress. However, other “fake fear” situations like haunted houses can be detrimental, Allemeier said, as it forces your brain into fight or flight for too long, which can be emotionally exhausting.

This stress reaction is becoming more and more prevalent as society desensitizes gore. For example, the 1960s film Psycho was rated R for the use of fake blood and the sounds of a stabbing. Allemeier, who also teaches film, says that filmmakers are “always pushing the envelope for shock value” and that the classic film would more likely be PG-13 nowadays.

Age also plays a factor in whether people find horror films intriguing. Younger children usually have a harder time separating reality from fiction and can become deeply troubled by frightening material. Inversely, as adult brains grow and mature they can become too aware of reality when watching, either by empathizing with the victims or being distracted by a film’s inaccuracies. The older one gets the more abstract fears become —  loneliness, disease and mortality, for example — which make “fake fear” less appealing. Teens and young adults are therefore the best age demographic for the horror genre.

No matter ones’ age or whether “fake fear” leaves someone upset or entertained, an attraction to it can tell us a lot about the human mind and how it is shaped by experience and society.