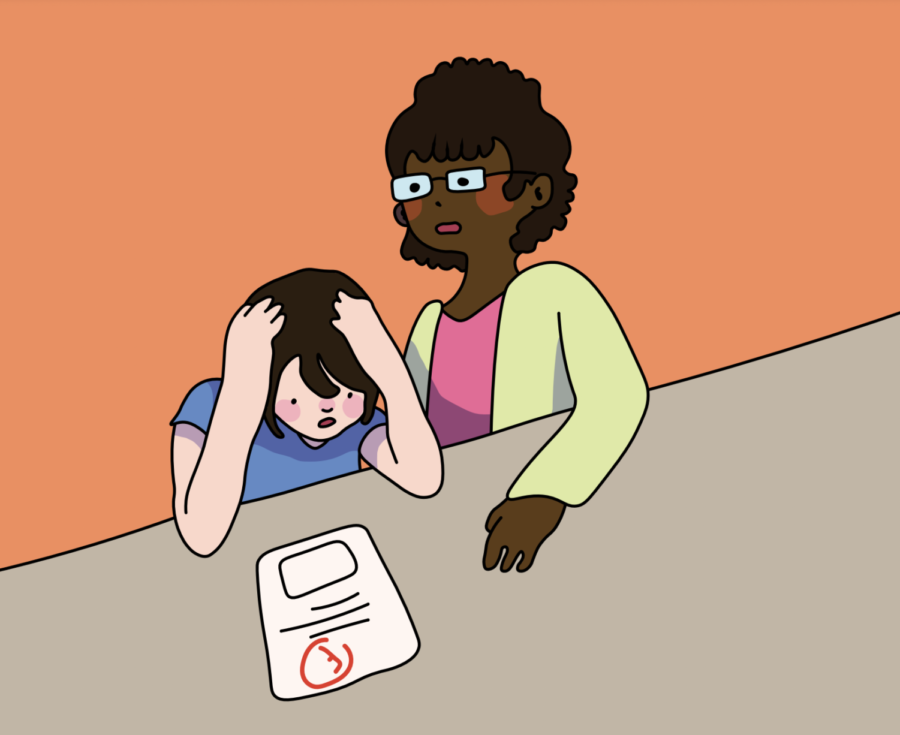 A year after the full return to in-person learning, many students are still struggling to adapt.

As in-person learning has returned fully to its pre-pandemic state, school avoidance and a lack of student engagement are posing problems. Student behavior after the pandemic is a nationwide issue as teenagers relearn how to socialize and focus. Teachers and administrators are learning how to keep up with the changes and trying to make sure that school is a comfortable and safe space for everyone.

“I didn’t experience much, if any, of [the negative behavior] firsthand, but you still hear it, and you read it, and it starts to affect your view of yourself as a teacher because for your job, it’s such a big part of your life, and teaching is so personal that it can be hard not to take those comments personally,” said English teacher Marissa Locke (she/her).

When they were planning how to reintroduce the structure of school, the administrators tried to keep in mind that it would take time for students to adapt. Principal Adam Desautels (he/him) said the most difficult aspect of the transition was to figure out what each student needs. Many students coming back from remote learning were at different places in their knowledge, since some adapted better to learning online and others didn’t. This created a difficult situation for the school curriculum.

“Is it a lack of engagement, because we’re feeling lost in class, because maybe in the three previous years, we were supposed to learn some material that maybe we didn’t really learn because we were online or didn’t get to learn as well?” said Desautels.

Since students lacked proper structure during online school, their behavior towards teachers and their peers have become more disruptive and have become quicker to escalate. Some students, overwhelmed with their work, can cause outbursts, such as yelling at a teacher or storming out.

“When a teacher holds you accountable, they’d rather not have to have that interaction with a student, but they know that it’s in the student’s best interest,” said Desautels.

The administration has also recently created a positive reinforcement system, where teachers hand out Viking Gold cards to students who they believe are upholding Inglemoor values by being safe, engaged, accountable and respectful. These cards can then be turned in for candy or entered into a raffle for a chance to win a free-drink punch card at the DECA store.

“[The administrators and I] feel like, if we’re going to be giving consequences for not doing the behaviors we expect, we want to give rewards for those that are doing what we hope and expect them to do,” explained Desautels.

The administration continues to take measures to encourage student engagement, implementing school-wide policies such as hall passes and a stricter cell phone policy.

“We were looking as a staff, like, ‘Okay, so, what were some of the barriers to learning that we saw last year? And the phones were a big one, because teachers were describing — and I’d seen it too when I jumped into classes — is that 60% of kids might have had their phones out,” said Desautels.

Even with these new implementations, Locke expects that it will take a while for school to return to normalcy.

“Just because we spent so much time disrupted, I think it’s just gonna take a couple of years for it to feel normal again, but I’m seeing improvement,” said Locke.

Desautels said that students are used to the low-engagement style of online learning, which has made the adjustment hard. Students were used to having their phones out, which has now made phone usage a problem.

The lack of engagement takes a toll on teachers, particularly when their lesson plans require a class-led discussion or group work. When students don’t participate actively, collaborative activities cannot be successful, which reduces the learning experience and increases rote independent work. When she has to talk at students, rather than with them, Locke said it is like talking to a blank computer screen again rather than a classroom full of students.

“I’ll even say something non-academic, like, ‘How are you doing?’ ‘Good morning?’ and no one will say anything back,” said Locke.

Locke believes that the difficult switch back is a contributing factor to teacher burnout, but she, like Desautels, has noticed students have improved, and wants to find ways to reduce the anxiety students have around engaging in class.

In addition to lack of student engagement in class, many students are not showing up to class at all. Campus supervisor Ric Calhoun (he/him) remarked that although there are fewer students skipping compared to last year, there is still significantly more truancy than before quarantine.

“I think skipping class has always been a problem, but students tended to leave campus in the past. Now we have a lot of students who are here on campus but just not in class,” said Calhoun.

Still, student behavior has improved compared to the 2021-22 school year, with less absenteeism, hiding out in bathrooms, phone usage, or skipping class.

Despite some difficulties monitoring behavior while teaching, teachers are able to work through the hardships and find positive experiences in their day-to-day life.

“I still enjoy the same things about teaching, you know, seeing those breakthrough moments and building relationships with students. I think it just feels a little bit harder now, because we’ve all gotten used to a different way,” said Locke. 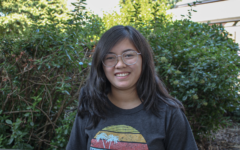 Sophomore Camille Pierce is a reporter for Nordic News during the 2022-2023 school year. During her first year with Nordic, she hopes to improve her writing... 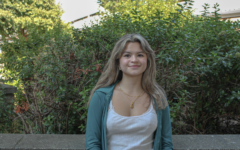 Senior Piper Jiyamapa is a reporter on Nordic News for the 2022-2023 school year. Her main goals are to gain more experience in the journalism field as... 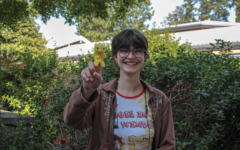 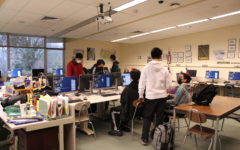 New Clubs for a New Year