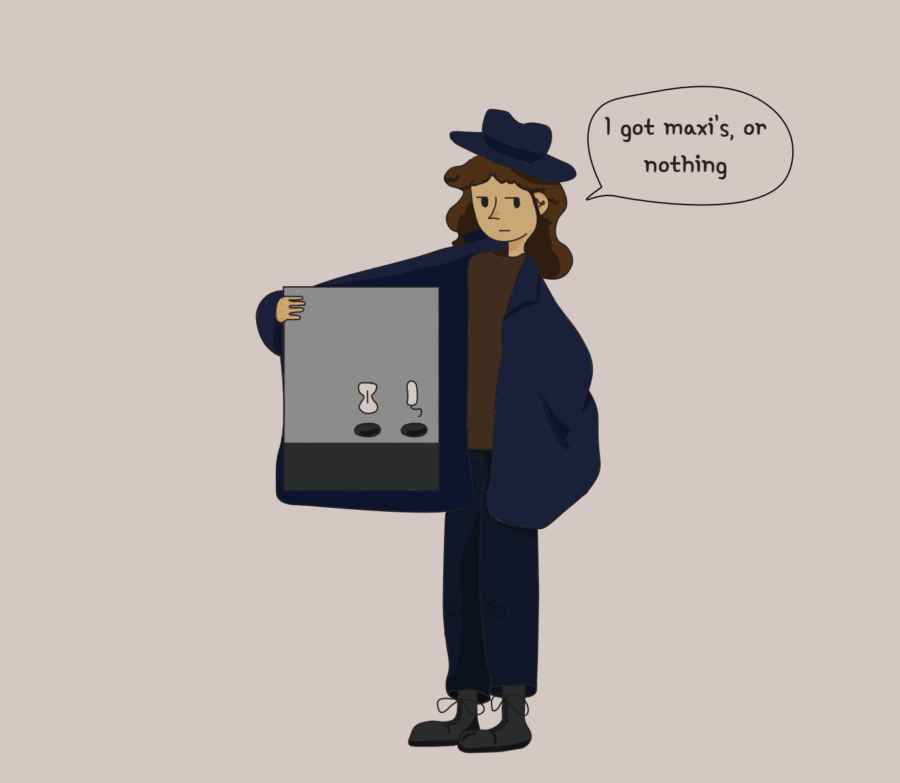 The recent installation of new menstrual product dispensers has both pros and cons for students who need them.

Menstrual products are a necessity, but their accessibility, availability and quality have long been an issue. On May 3, 2021, Washington state House Bill 1273 was signed into law. The bill states that, starting in the 2022-23 school year, schools must make menstrual products available to students at no cost, and that the new products are to be funded by each individual district.

Following the signing of House Bill 1273, new menstrual product dispensers were installed in most of Inglemoor’s bathrooms, with the exceptions being the women’s bathrooms in Sherwood Forest and the gym. Those bathrooms have older dispensers that are smaller and have a twistable knob, or require 25 cents for use, if they work at all.

While free, the new products provided in the updated dispensers are often lacking in quality and accessibility. In a recent Nordic News survey, 32 out of 116 students said they have used school provided products; of those 32, 56.3% said the products were uncomfortable.

Sophomore McKenna Wright (she/her) said that, while the products may not be the finest, they get the job done.

“I wouldn’t say they’re the best quality, but they work for an emergency,” said Wright.

Of the bathrooms with new dispensers, there isn’t much clear instruction on how to use them or indication on whether they are filled or not. Wright also mentioned that the dispensers often don’t work, and while the concept of providing free products is good, the execution isn’t the best.

“A lot of times, the buttons don’t work. I feel like that’s a big problem. I think if they made them work better, it’d be great,” said Wright.

These dispensers provide maxi pads and standard-sized tampons. Maxi pads are typically used when someone is experiencing a heavier flow, but are unnecessarily thick for days with a lighter flow. The tampons available are made of cardboard and only come in a standard size, which, again, doesn’t take flow weight into consideration, as bigger tampons are used on heavier flow days and smaller ones when your flow is lighter. Usually, many of the dispensers are empty.

Freshman Ayane Sorajo (they/them) said that the products lacked diversity, and aren’t the most usable, but still believes the dispensers serve a purpose.

“Some people, they just don’t have access at home because they can’t get access to it, and I feel like it’s good for schools to provide it for them,” said Sorajo.

Engineering and chemistry teacher Hailey Klein (she/her) said the school should ensure better awareness of the accessibility of these new installations.

“There’s no signage anywhere other than if you look in the bathroom and you see the actual big white box,” said Klein. “It would be cool to see if there could be some sort of messaging available — just tell students that ‘Hey, it’s available in our bathrooms.’”

Wright also commented on the advertisement of the dispensers, saying that if she needed a menstrual product, she would typically visit the office or ask a friend.

“The first time I ever saw it, I was very surprised, and I [had] never heard anybody talk about it after I found out,” said Wright.

Inglemoor’s school nurse, Carol Ward (she/her), said that even though there are supplies available in the bathrooms, students still regularly visit the health room for menstrual products, which are a different supply than the ones in the bathrooms.

“We have a separate set of supplies that we either buy, or they’re donated from students that come to the health room,” said Ward.

Funding for the free, school-provided products is covered by janitorial services, led by facility manager Sofia Jennings (she/her). She said that each box of products costs about $200, and the funds come out of the facility management budget, which wasn’t raised when House Bill 1273 was passed. Jennings is hesitant to put menstrual products in certain locations because some students misuse and abuse this new privilege. Jennings has found that numerous products have been wasted, finding pads stuck on paper towel dispensers or tampons behind bleachers in the gym.

“The first week there, I saw the mess. It’s kind of like, I try to avoid some places to put it,” said Jennings.

These wasted products represent money that could have been used on other school facility needs, and she is frustrated with those choices. 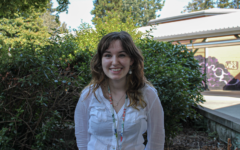 Senior Mia Duffy is a reporter for Nordic News during the 2022-2023 school year. Her goal for Nordic this year is to delve into a new world of creativity... 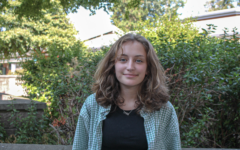 Sophomore Maya Cherny is beginning her first year as a reporter for the Nordic News staff for the 2022-2023 school year. She hopes to learn more about...