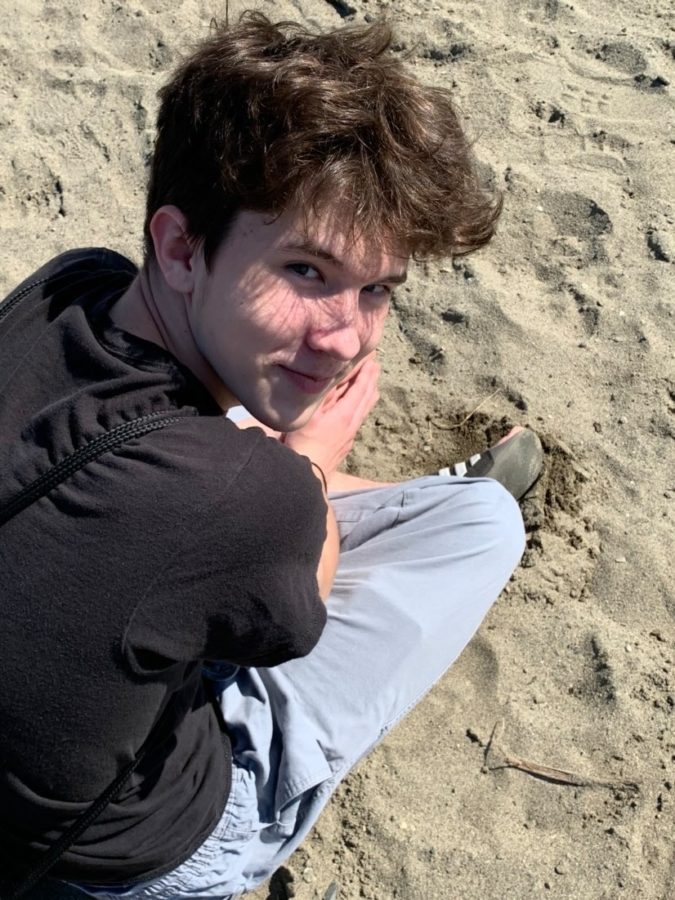 Senior Connor Foley, sitting on the beach looking up at senior Jacob Sims.

On April 28, senior Connor Foley passed away in his sleep. His loss has affected the community greatly, and his impact on the school will not go unnoticed. Some members of the senior class offered memories of their friend in his honor, which are printed below. Our hearts and our thoughts are with those who knew him and loved him.

One of my favorite memories of Connor was when he came into Snapdoodle while I was working. Connor thought Snapdoodle’s name was the funniest thing, always poking fun at it. In class, he would ask me questions and joke about shopping there. One day when I was working he actually did come in and said something along the lines of “Yo Amy what’s up, you’re here!” He walked around for a good 20 minutes and landed on buying glow-in-the-dark stars. He told me he was going to hang them up on his ceiling, and I told him I couldn’t wait to see. Later that night, he sent me a photo of the stars on his ceiling. Although it was such a small act, it’s something I won’t forget. Connor’s thoughtfulness seemed to come second nature to him, leaving everyone around him feeling seen. I’m grateful that every day I got to be around someone who so effortlessly brought laughter to the room. I’ll never stop missing your presence and friendship Connor. – senior Amy O’Connell

I remember Connor as a soul made of pure gold. I only got to know him as of this school year because he had been dating another new friend of mine, but right away, he treated me with the same kindness he continued to treat me with up until his passing. We would all hang out together at a mutual friend’s house after school without occasion, and my fondest memory of those times were when five of us played a hiding game called sardines. It was the childish fun that I enjoyed sometimes, and I distinctly recall our friend’s mom saying that Connor had asked her where he should hide. Two days later, I went over to that same friend’s house again. About an hour in, I was sitting in a lounge chair in her living room with her and her mom when I noticed an email entitled “Important message from Principal Desautels” on my phone. Connor was big-hearted, effortlessly making everyone around him laugh and smile, and in an abrupt moment, we had to digest that he was no longer alive. We truly felt the grief and cruelty of losing someone so good so soon, and that night became a personal testament to the amount of lives he has truly impacted by simply being himself. – senior Beau Rasmussen

My favorite memory of Connor would have to be when he finally got a new battery for his car. He had recently gotten his license and owned a car but it needed a new battery. When he finally got one, he ended up driving behind me one day. He called me right away and said something along the lines of, “Yo! I’m driving behind you right now!” It was an unexpected call but made me laugh regardless. It’s one of many memories I’ll keep close to my heart. I’ll never stop missing you Connor; I’m forever grateful that I could call you a friend. – senior Lydia Oh

I just really loved him as a person. He was always willing to help and listen to people and was very easy to get along with. His sense of humor was great, he could make light of any situation, and I really appreciated it. – senior Kailey Anderson

My favorite memory with Connor is when I had invited him over to my house for lunch and I had asked him what he wanted to eat, and he responded immediately with “I’ll eat anything, you know me.” Later, when I introduced him to my mom, he immediately sparked a conversation with her over the common interest in art and music. They both went on for a good amount of time talking about paint pouring and how art can make you a better person and shape you in ways you can’t even understand. After lunch, we went up to my room and started listening to Kid Cudi. He picked up a piece of paper that was sitting on my desk and started to draw the most beautiful dream-like photo of Kid Cudi that I have ever seen. When he was finished he handed it to me, and there I sat in awe. The poster sits next to my window, giving me a constant reminder of the beautiful human Connor was. – senior Aldo Giannini

My favorite memory I have with Connor would have to be the Denzel Curry concert. I remember me and a couple of friends had been waiting in line for hours to get front row, and not even 30 minutes of us being inside someone had came up to us, and it was none other than Connor, who had gotten there not even an hour prior. We were together the entire time, just having fun not worrying about anything. I hope we all let him live on for what he loved doing, having fun. – senior Ethan Jossart

Connor was my favorite type of person. He was continuously a joy to be around. Connor was especially special to me because even though we weren’t close, he always made the effort to talk to me and could tell when I needed a good laugh. Sometimes I’d find myself in his 3rd period leadership class, where I would join him and his friends as they’d joke around and play games. Connor would be crafty and competitive as we’d play Uno, he’d crack jokes to distract from his questionable gameplay…he was witty and brought a lighthearted energy into every room, and that’s something I couldn’t find in most people. – senior Mireya Avalos

Every night at the end of summer, Connor, his brother and I drove down to the Kenmore boat launch. We would pump up our boats and paddle boards, setting them in the water and linking them together using rope. For my birthday, Connor got me a fishing rod as a gift, he taught me how to fish, I caught my first fish with him. – senior Matthias Thesman

We were friends since middle school and pretty much grew up together. No one saw it coming. I’m gonna miss him. – senior John Rion 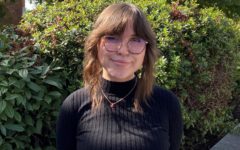 Senior Mimi Avalos is the Co-Editor-In-Chief of Nordic News for the 2021-2022 school year. Her goal in her third year include and represent all aspects...