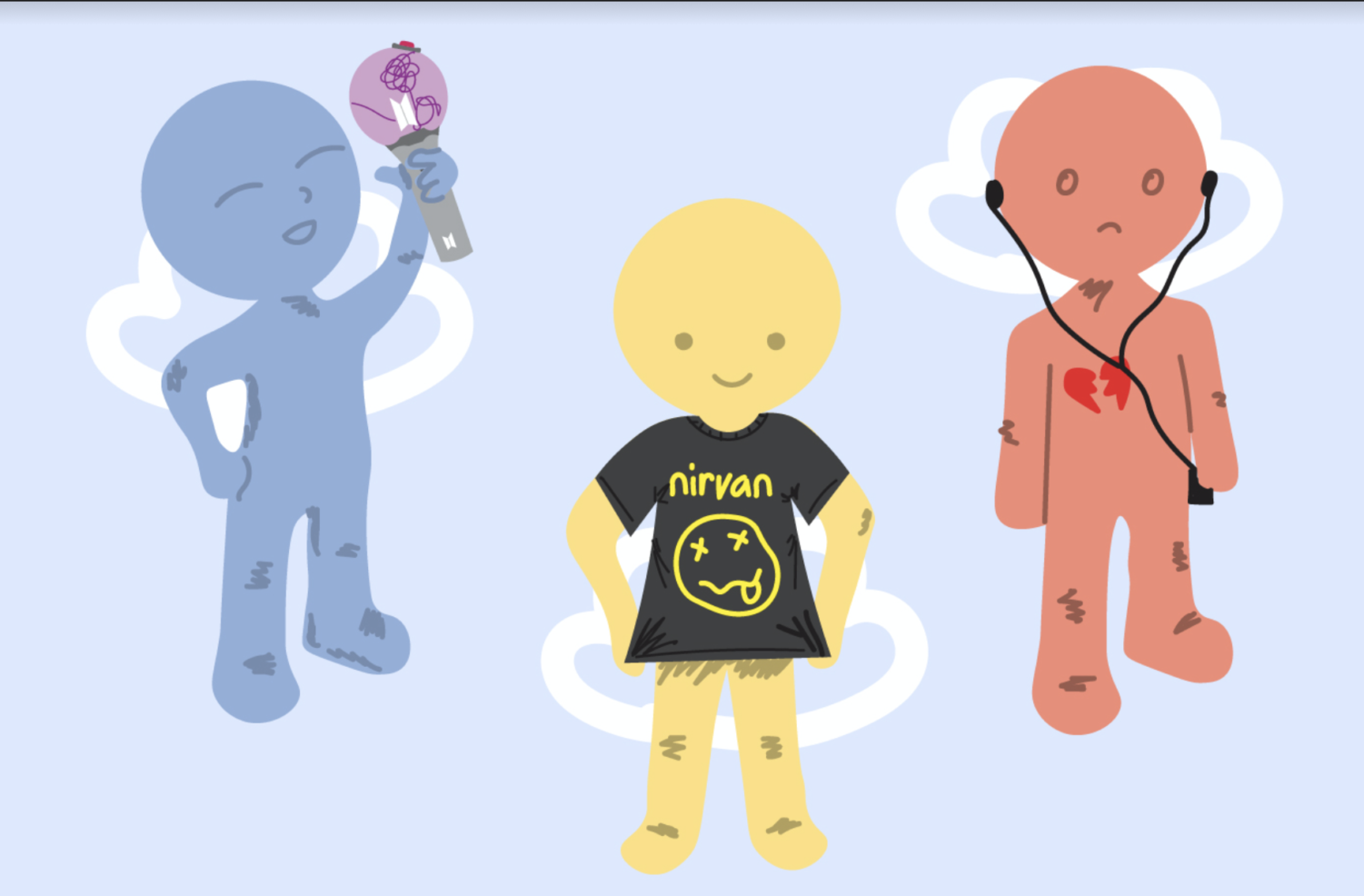 The music we listen to—and the music communities we join—can have negative consequences. (Jana Dimikj)

The music we listen to—and the music communities we join—can have negative consequences.

From K-pop to hip hop: How music shapes us

Junior Maddie Kreutz said that when people define their identities based on the music they like, they can become possessive over the music they listen to. They said that because of this, music is a commonly gatekept form of media. Gatekeeping is the act of controlling or limiting who has access to something. In this case, gatekeeping refers to excluding people from listening to certain types of music or specific songs. Kreutz said they used to gatekeep music because it was so personal to them that it felt too vulnerable to share with others.

“I used to think that my music taste was better when I was in middle school. I really don’t think that it was. I’m embarrassed of it now. But at the time, I used it to cope a lot,” Kreutz said. “And the thought of somebody else having such a personal connection with it made me feel really betrayed in some way, and it was hard for me to grasp that.”

Junior Aliana Taylor said the fandom surrounding k-pop has a lot of rules for people to be seen as a “true fan” of certain groups. K-pop stands for Korean pop music. She said that failing to adhere to those rules or meet those expectations makes her feel isolated in the community.

“You’re not seen as a true fan if you don’t support them ‘all the way…” it makes you feel like you’re not like a true fan or kinda fake,” Taylor said. Taylor indicated that being unable to go to concerts or having a hard time remembering the names of band members means that you aren’t seen as a true fan.

Junior Avery Evans said that the k-pop community has helped her make friends, but that when people make fun of her for liking the genre, it makes her feel bad about her music taste. She said that people tend to make fun of k-pop fans because they are more invested in the social aspects of the artists they listen to.

“I’ll just feel the happiest I feel in any community. And then sometimes I’ll wish that I just didn’t like it at all, because I’ll just feel stupid, or I feel like I’m too sensitive when I actually get upset over issues that surround the groups and stuff like that,” Evans said. “So it’s kind of tough, honestly. Because it’s something that brings me so much happiness. But at the same time, I think it’s the thing that actually makes me feel the worst as well about myself.”

While gatekeeping isn’t always intentional, it can create an exclusionary environment that stops people from openly enjoying music, according to Taylor. Evans said that social media creates a lot of toxicity in music communities and that it can make it difficult to enjoy being in a music community at all.

“When a fandom gets really big, it’s really easy to see the bad in it. Because when you see a person spewing random crap on social media, it’s a lot more memorable than when someone actually says something supportive or mature that’s not crazy,” Evans said. “People really get caught up in the bad stuff. I feel like that’s what everyone focuses on. And then that leads to a really toxic environment where everyone’s targeting each other—everyone’s at each other’s throats. It just makes me really tired.”

“In a lot of more dedicated fan bases like metal or hardcore hip hop there definitely is gatekeeping. And people definitely should be encouraged to, you know, go deeper into that kind of stuff,” Ellis said. “But there’s no reason to take gatekeeping to the point of shooing people away, because then stuff that you enjoy is just enjoyed by less people, which doesn’t really make sense to me.”

Representation matters in all media, but especially in something as personal as music, Taylor said. Taylor said she enjoys listening to black musicians because they make relatable and uplifting music, which allows her to feel a sense of community within a predominantly white school.

“There’s just some artists that make me feel very confident, or just more comfortable with my identity with what they express,” said Taylor. “I like Steve Lacy, Tyler the Creator. I also really like Lauryn Hill and Erykah Badu.”

Taylor said there is a lot to improve on in terms of the demographics in the music industry, but that diverse artists help their listeners feel confident in their identities. Evans said that listening to Asian artists makes her feel represented.

“I try to pay attention to a lot of Asian artists like Mitski and Joji. Those are some of my favorites because I feel like Asian representation in the music industry is so small. If you go look at the Grammys…the only Asian representation there is BTS. And BTS had to work so hard and they didn’t even get a Grammy,” Evans said. “I know there are a lot of Asian people out there who make amazing music and they just don’t really get a lot of attention.”

For some students, music is integral to nourishing and strengthening relationships, both with others and themselves. Whether it’s sharing a song on social media, making a playlist for someone close to them, or crying in their bedroom while listening to their favorite song at 3 a.m., music can be a very personal and intimate thing.

Kreutz said that music has helped them understand themself better. She said that music helps her figure out how she’s feeling and makes her feel seen without having to articulate those feelings.

“If I find somebody that has a very similar experience to me, and I relate to that song, I learn—specifically about myself and how I like to deal with certain situations and things and people. And listening to an artist kind of go through the same thing helps me learn what to do and how I’m different from how the artists handle the situation,” Kreutz said.

“You can just kind of sit down, put in your earbuds, and you don’t have to think about [life],” Evans said. “There’s a song out there for every single feeling, every single emotion, and I think that it’s really good to sometimes just let yourself escape from whatever is going on, to listen to whatever song that is.”

Junior Noah Zhao said that music is a large part of his identity because it is something that is constantly in the background of his daily life.

“I listen to music all the time. So I’d say it has a pretty big impact in my life,” Zhao said. “[Music] has maybe had too big of an effect on my life because I kind of base my whole personality around it.”

S​​enior Eric Olson said that he was wary of others listening to his music when he was younger. He said that he barred music from others in the past because it made him feel special, but that he eventually got over it.

“It’s nice to feel exclusive, you know? That’s why people spend so much money on so many things like designer clothes and fancy cars,” said Olson. “It’s about the exclusivity and when that gets taken from you, it’s a harsh reality to face. I’m sad to say that I may have gatekept at some point. I don’t feel the need to anymore, I’m over it.”

Though some students have gatekept music from others in the past, it took maturity and patience to stop that habit. Kreutz said that it was hard to reckon with the fact that she had hurt others by gatekeeping music from them.

“There’s also this sense of guilt if you kind of have gatekept something from other people because eventually you grow from that,” Kreutz said. “And it is kind of like this toxic cycle. But once you’ve grown past it, there is like a layer of guilt around you always because you kind of know what the impact is.”

Junior Jonathan Tom said that while gatekeeping and toxicity can create negativity surrounding music, it often doesn’t overshadow the joy that music brings people; a lot of that joy comes from being in a music community.

“You meet different people based off the different music you listen to and you interact with a different community,” Tom said. “I’m in a program called School of Rock, and…we, every semester, do a show theme. Like they play a certain genre of music or certain bands, songs. Just a whole show based around their music or that style of music. And it’s just a good way to connect with people.”

Ellis said that sharing music with his friends has helped strengthen his relationships with them: although his friends all have different music tastes, it’s nice to share what they are listening to with one another.

“I think among my friends we have a pretty diverse music taste, although I think we all kind of appreciate certain artists. It is definitely cool sharing music with somebody and then them liking it,” Ellis said. “It’s definitely a cool feeling, getting the same sort of vibe from the same kind of music.”

According to Kreutz, music can be a way to further communicate with friends. Through music, one can express appreciation to their friends in an indirect way that words or actions can’t do.

“It’s how I communicate with people a lot. I’ll just listen to some songs. And I’ll think of my friend or something, and I’ll send it to them,” Kreutz said. “And it’s a good bonding experience, and it helps them know how I perceive them and how much I love them.” 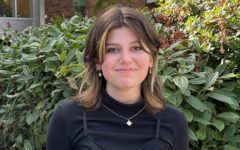 Senior Jana Dimikj is the Feature Editor on the Nordic News staff for the 2021-2022 school year. Her goal for Nordic this year is to create engaging and... 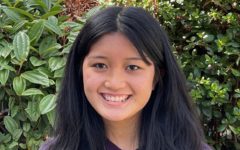 Junior Alissa Lau is a first year reporter for Nordic News for the 2021-2022 school year. Her goals are to create interesting and relatable content while...