For many students, a significant loss of sleep can have serious repercussions beyond just nodding off in class. While getting rest is important, school nurse Carol Ward said there are more to the symptoms students usually exhibit than just tiredness.

“If you don’t have enough sleep, it can actually make you crazy, and you can act like you’re drunk,” Ward said, “And most of the time, I would probably say that people are just really tired and they’re feeling nauseous, or they have a bad headache, but then again a lot of that time, it’s those people that haven’t had enough to eat and they haven’t had enough to drink either. And they’re feeling stressed out.”

“If I’m very tired and haven’t gotten a lot of sleep, then it’s just kind of hard for me to focus in on what’s being taught in class, and pretty much all I’m thinking about is how tired I am,” Morgan said.

Even after later start times were implemented in 2017, an overwhelming 90.5 percent of students said school culture promotes academic and extracurricular success over student sleep and health.

“I think Inglemoor does focus on student health but not at the level that I think every student here needs,” junior Zaina Rizvi said. “Maybe it isn’t a school’s job to make sure a kid is having a happy life, but I think they have to make sure their kids are well-rounded.”

Lack of focus caused by sleep deprivation can be very dangerous in situations where people have to drive. According to the National Sleep Foundation, “being awake for 18 hours straight makes you drive like you have a blood alcohol level of .05 (for reference, .08 is considered drunk).”

This poses a serious potential threat for students who don’t have time to get enough sleep or don’t prioritize sleep and have to drive to school in the morning.

“In the wintertime, I was scared to drive. I made my mom drive me to school multiple times because I am paranoid of falling asleep on the road,” Rizvi said, “because this has happened to me — in the day as well — where I’ll be driving and I’ll like space out.”

This isn’t unusual, considering the Center for Disease Control (CDC) reports one in twenty-five adults having experienced drowsy driving.

Students also emphasized that a lack of sleep takes a negative toll on their performance in and enjoyment of activities.

“If you get a good night’s sleep,” Morgan said, “then I feel like you just overall have more energy and are better able to focus in, and that’s what helps to be more successful.” 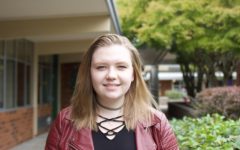 Sonya Sheptunov is the Nordic News Co-Editor-in-Chief for the 2019-2020 school year. She has a passion for storytelling and a desire to bring people together,...