On the bus ride to a recent field trip, students could be heard laughing, singing and teaching songs to students who didn’t know the lyrics. This may sound like a typical American high school bus ride, but one detail made it anything but: none of the songs were in English.

The students who rode the bus that day are members of the English Language Learner (ELL) program. Their first languages range from Spanish to Arabic to Chinese, and they are all working to become proficient English speakers while also balancing the typical difficulties faced by high school students.

“They’re learning from each other, and they are building a community and celebrating the different cultures,” Spanish teacher Kelly McLaurin said.

ELL teacher Julie Westerbeck said that despite the added challenge these students face, the school is doing its best to ensure that they have the support they need to succeed.

“We’ve got great teachers, and they’re working their tails off trying to help the kids access the curriculum,” Westerbeck said. “People are making sure we don’t leave them behind.”

Westerbeck said that Inglemoor’s program is the strongest in the district, providing the highest level of support and making sure that students don’t fall through the cracks.

Students who qualify for the ELL program are enrolled in two classes specifically for ELL students: an English class taught by Westerbeck and an academic lab period facilitated by McLaurin.

“It’s a very interesting class because everybody has different needs,” McLaurin said. “I might have this kid finishing up his Biology quiz, these three kids finishing up Algebra I, another student might be re-watching a video from U.S. History. There’s a lot of different things going on. If you come to my class, it looks different every day.”

Program goals and impact on students

Senior Alaa Shibly, who moved from Lebanon as an eighth grader, said that the ELL classes he’s taken have led to progress and improvement for him, both in his ability to communicate effectively and his ability to keep up in all of his classes.

“When I came to Inglemoor I knew a little bit, but now I know way more,” Shibly said. “[The ELL classes] have been helpful. Mrs. Westerbeck and Mrs. McLaurin help me a lot.”

In addition to improving the students’ language skills in the areas of reading, writing, listening and speaking, McLaurin said these ELL classes aim to give students the tools they need to succeed wherever they are.

“Our biggest goal is making sure that they do have a home base, that we work on skills to make them more confident in their classes so they feel that they can actively participate instead of just hang back,” McLaurin said.

When not in classes designed specifically for students learning English as a second language, Shibly and other ELL students attend classes along with students who are native English speakers, and Westerbeck said that it can be difficult to keep up.

“It’s hardest in classes which have an intense pace and a high level of vocabulary,” Westerbeck said. “If you are unfamiliar with the language and it’s going by so fast and all the other kids are learning the new vocabulary and you’re trying to keep up with all of it, I think that’s hard.”

McLaurin said that her ELL students take this challenge in stride and work diligently to overcome it.

“[ELL students] are doing way more work than everybody around them, but because it’s not their first language they see way fewer results. That can lead to the idea that they’re not as smart, or they’re not as quick as their English-speaking classmates. In my class, I fight that,” McLaurin said. “ELL students are everyday superheroes. I wish they knew it because sometimes when you’re struggling in school or when you don’t understand a culture or you can’t communicate the way that you want to you don’t feel like a superhero, but they are.”

In order to provide further support to ELL students in non-ELL specific classes, paraeducators attend and take notes so that these students know what is going on and can help the students stay on top of assignments and study for tests.

Westerbeck, McLaurin and Shibly all said that paraeducators are a valuable resource for the ELL program, and one that the program could use more of. However, only two, Laura Miller and Heather Scherber, are currently employed.

“We don’t have enough coverage right now to support [ELL students] in the places that they are, so we put [paraeducators] in the areas of most need,” Westerbeck said. “If we could have them in more of the classes to help the students, that would be phenomenal.”

Westerbeck said that the program is also feeling the strain of high numbers and the increase in size of the student body as a whole.

“We have 72 students in the program who qualify for our support which is an enormous number, especially if you compare it to the other schools,” Westerbeck said.  “So we’re really excited that we’re here to support the kids, but we’ve got a lot of room for needing more support and we could always do a better job for them.” 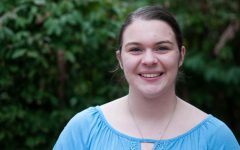 Kaylea Agate is a senior and first-year reporter on the Nordic News staff. She is a member of the Inglemoor High School band program and enjoys learning...