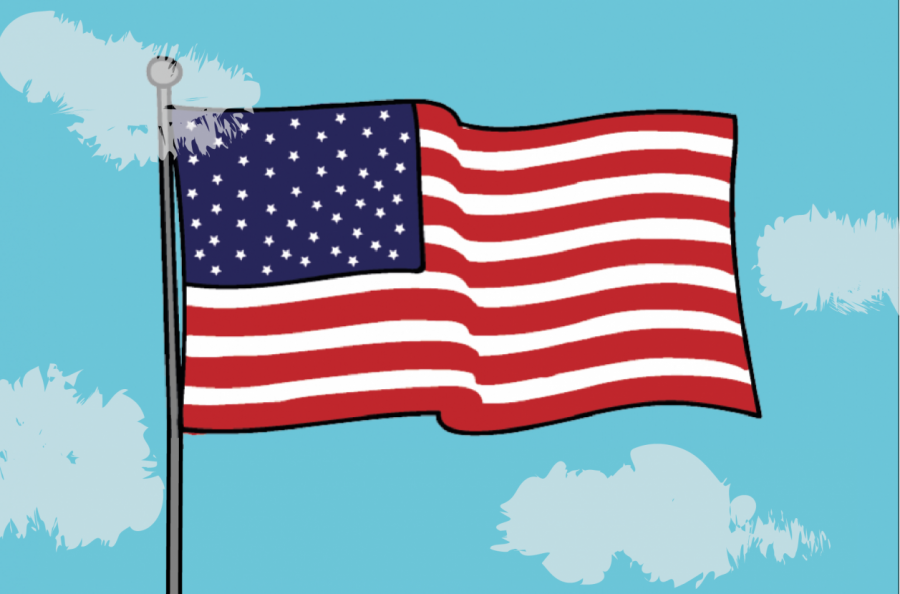 When it was first published in the September issue of the children’s magazine “Youth’s Companion” as part of the National Public School Celebration of Columbus Day in 1892, the Pledge of Allegiance was supposed to instill the idea of nationalism in students. In the century since then, circumstances surrounding our nation have changed considerably and, in turn, have changed how we view reciting the Pledge at school. Despite this, standing during the Pledge should not be met with feelings of aggression, but rather those of respect.

By participating in the Pledge, students recognize how far our country has come over the years. It is an act of allegiance towards the Republic and what it stands for. Ever since the first colonists settled North America, the land, and later the nation, has served as a new life for immigrants fleeing war, poverty or persecution. While it can be said that these views are being challenged by recent events, no one can argue that our nation as we live in it today would not be the same had it not become a melting pot of cultures only a few centuries ago.

Our nation would also not be the same without the people that serve to protect us: the soldiers. Standing during the Pledge and reciting the lines “liberty and justice for all” recognizes how those values are secured for each individual by our soldiers and our veterans. This small act of standing up and placing your hand over your heart is an act that is repeated during flag ceremonies or national anthems in order to serve this same purpose. Without this, we take for granted the sacrifice that these people make to support one of the pillars that the United States was founded upon: freedom.

For many of us, there is a general lack of understanding and recognition as to why we actually say the Pledge in the first place. Perhaps it is due to the fact that we have been doing it everyday since elementary school; the sheer repetition of the act has desensitized us to its meaning. Saying the Pledge every morning has had the same effects as that of semantic satiation: saying it over and over has caused it to lose its effect.

What can easily be understood is that the debate between standing and sitting during the Pledge is a complex one. In reality, the people that participate in each are recognizing different aspects of American society. By standing, people are nodding towards all that the country does right for its citizens. By sitting, people instead nod towards what needs change.

As we look around the classroom at the other students either participating in the Pledge or not, this difference in motive is something that we need to recognize for ourselves so as to prevent us from passing any judgement that would drive us any further from the indivisible nation that we are supposed to be.

Sitting to protest our nation is a perfectly acceptable choice; however, it is not acceptable to disrespect those that choose otherwise.

The red, white and blue of the U.S. flag holds a variety of meanings for the citizens of this nation. Many choose to stand and address it every morning during the Pledge of Allegiance. Others, however, choose to sit and reject this daily tradition—and that is entirely valid.

If the flag is representative of the values of the U.S.—most recognizably liberty, equality and democracy—and one feels that these values are not being respected, it only makes sense that they should choose not to salute the flag. While many cite pride in one’s nation as a reason to stand, a lack thereof is also a reason to sit. There is no reason to feign pride in a nation if one has been disappointed by it, especially not in a nation founded upon individual freedoms.

In September of 2016, San Francisco 49ers quarterback Colin Kaepernick famously knelt during the national anthem at a football game. Kaepernick did not do this out of hatred for the U.S. or disrespect for veterans; he knelt because he felt that the American value of equality was not being maintained for all people. Is that not simply an expression of free speech? To limit the freedoms of others by intimidating them into standing for a ritual is far less American than simply kneeling.

There is nothing anti-American about choosing to sit during the Pledge. Those who choose to typically do so only after thinking deeply about what the Pledge means and what aspects of it don’t align with their own values. This takes careful consideration and thought on exactly what the Pledge means, and taking time for that analysis is a sign of respect itself.

Of course, there is undeniable value in having a Pledge. When millions have fought and died for the well-being of a nation, the least that citizens can do is show their respect for those heroes. However, to make the Pledge a routine is to take away its meaning; it becomes more of a habit than a ritual of remembrance and respect. The repetition numbs us to the meanings of the words we hear over the loudspeaker.

If the Pledge of Allegiance is to remain relevant, people need to focus on its content. Controversy should not surround whether or not people are standing to address the flag; rather, we should be discussing how to further make the ideals presented in the Pledge into a reality. Seriously consider the values you repeat every morning, and ask yourself whether or not you stand for them. Everyone has the right to stand or sit, but those who choose to sit are doing so for a reason.