Something old, something new. Even 50 years ago, Inglemoor’s Homecoming spirit was unbeatable. 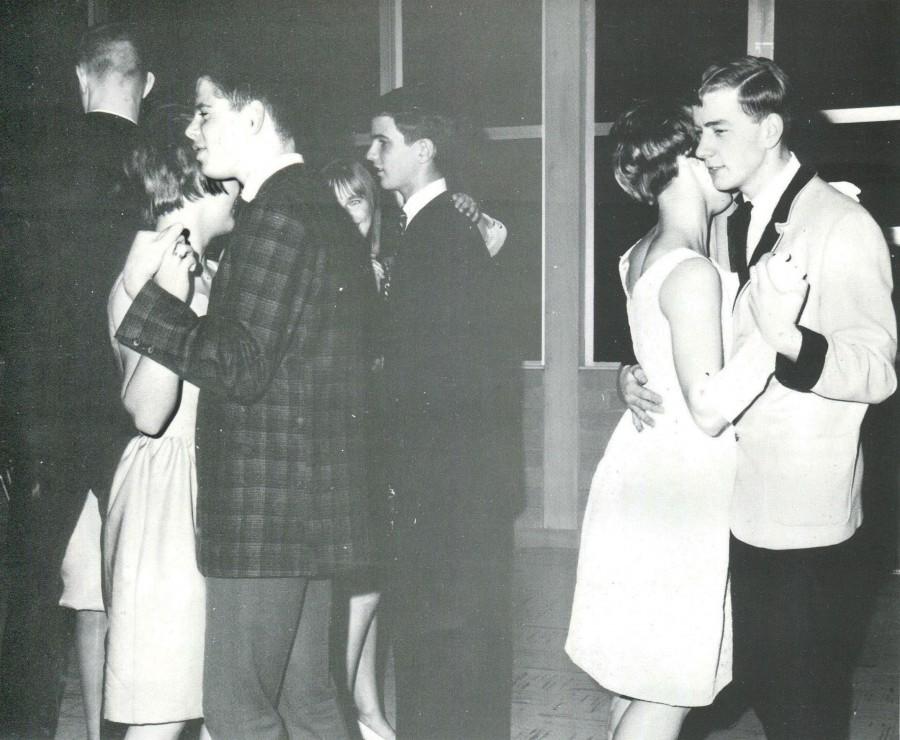 Unlike a few aspects that we’ve seen about our school in the 1960’s, Homecoming is one that would most likely be claimed as the one that has changed the most. Barbara Syring, alumni of Inglemoor High School and a co-editor of the yearbook in 1966, told me about her experience.

On the Friday before the dance, there was a Homecoming football game where the Homecoming Royalty was announced: a Queen who won the overall votes, and senior, junior, and sophomore princesses. On the eve of their first Homecoming in 1967, Inglemoor was defeated in the football game by the Redmond Mustangs, but similarly to our student body today, the students were not too shaken up by the loss since they had their Homecoming dance to look forward to.

Syring was asked to the dance by her date in a modest fashion: her date gave her a corsage at school. Today, we see people going completely out of their way and even seeking the help of many friends to ask a date out to Homecoming. Some ask to leave class early to set up their “asking spot” and some create chaotic scenarios that eventually lead to a cheeky boy or girl holding flowers and a sign asking their date to attend the dance with them.

Syring did not have to go through the stress of making or participating in a Homecoming party bus with all of her friends, because her date, Steve Haynes, picked her up at her house, gave her a corsage and drove her and–only her–to the dance. They did not have to schedule a party bus, go out to dinner, take an excessive amount of pictures together or double check to make sure that Haynes’ bowtie color matched exactly with Syring’s formal dress.

In fact, the dance was rather informal. A simple knee-length dress, earrings and big backcombed hair would fit the bill for the 1967 Homecoming.

“We listened to the music of the 60’s, rock ‘n roll, which is pretty much what was played at all the dances and sock hops. ‘Louie Louie,’ by the Kingsmen was played a lot,” Barbara said.

Additionally, there was a lot of the Beach Boys, the Beatles and the Rolling Stones.

The first Homecoming was not a bump-and-grind kind of deal that we see at most dances today.

“We did the Watusi, the Mashed Potato, the Locomotion and the Twist, among other dances, and slow dances too, of course! No really sexually explicit moves. Our dances were chaperoned,” Barbara said.

Homecoming then and now–a big difference that all students who attend Inglemoor today and alumni who were the life of Inglemoor in the 60’s would agree upon. Advances in high school culture have caused most of the major changes, but Homecoming continues to be built off the same basic principle: have fun and enjoy the experience of high school in spirited ways that bring the student body together.