Out of bounds: meet Allison Quintana 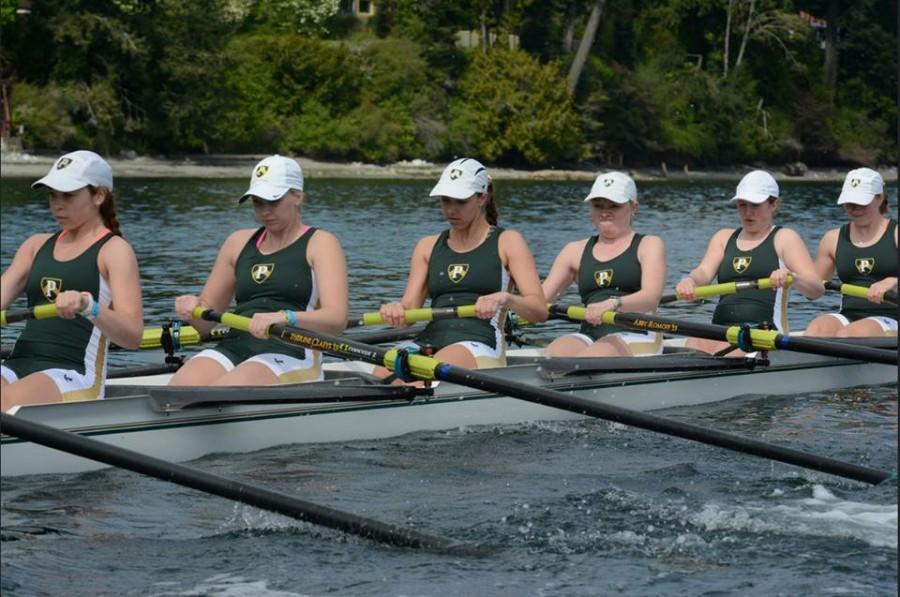 Allison Quintana has been rowing for about a year

Last year, senior Allison Quintana made the decision to switch out the soccer field for the lake and become a member of Pocock Rowing Center’s crew team in Seattle. Crew is an uncommon and vigorous sport, one that she embraces as a challenge.

Quintana used to be an avid soccer player, but as college applications came closer and closer, she decided to change her athletic trajectory.

“My dad was telling me that not a lot of people row, so it’s a great opportunity to get noticed by a college,” Quintana said.

Entering a new sport with no experience would be difficult, but according to Quintana, rowing is not a very complex skill to learn.  She says it involves mostly learning technique and building strength.

“[Crew is] uncommon in that you can start and get good quickly if you want to,” Quintana said.

Part of the reason one can become so good in such a short time is the demanding schedule. With so much practice, it’s easy to learn what you need to know to be effective. Quintana attends team practices Monday through Friday from 4 p.m. to 6:30 p.m. and performs an additional cardio workout on Saturdays.

“We try to get on the water every day in the spring and do a lot of intense race pieces,” Quintana said. “We lift weights on Thursdays. And we erg.”

An ergometer, or “erg”  is a machine that simulates rowing in a crew boat. The seat moves like in a real boat, and the handle you pull simulates the oar.

Practicing together encourages people to work hard and get stronger than one another.

“Because of how intense the sport is, the whole team is very driven and very competitive,” Quintana said. “Even in the slowest boats, everyone is  committed and reaching for more.”

Quintana is thankful for the hard work she’s done the past year, and it has paid off. In the fall she plans to row at Wesleyan University in Middletown, Conn.

“I just haven’t quite figured it all out yet,” Quintana said. ¨ I’m still fairly new so I’m just waiting to peak.  Once I get to college it’ll be easier.”