Games to play in quarantine 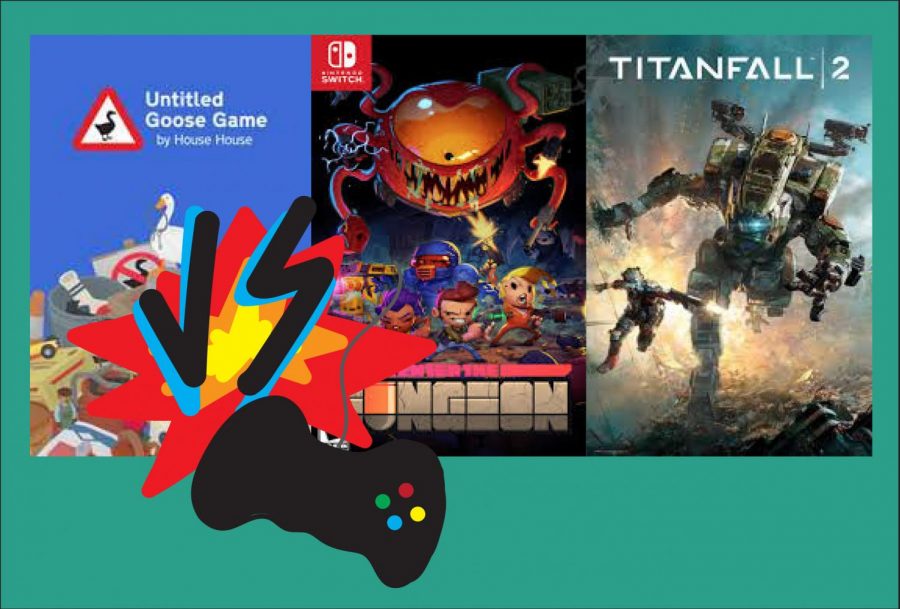 Released for Xbox One, Playstation 4 and PC in 2016 to critical acclaim, “Titanfall 2” is a sequel that delivers far more than the original. Although the first Titanfall game was praised for its innovative mechanics and fluid mobility system, it was not without its shortcomings. It lacked content to keep players engaged for very long and lacked a single-player mode, something that was almost required in shooter games at the time. There was a mode that attempted to take the place of a single-player story mode—normal multiplayer matches with characters talking to the player as the match progressed. This mode didn’t feel like a real story mode, and gave almost the exact same experience as a normal game of multiplayer. Most players were willing to forgive this, as the multiplayer was considered one of the best at that time, with its mobility mechanics setting it a league apart from its main competitor, “Call of Duty: Ghosts.” 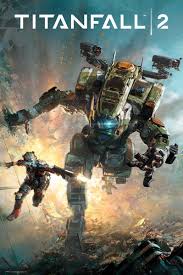 The sequel improved upon all the weaker aspects of the first game. A single-player campaign mode was added, a standout experience compared to other shooter campaigns of that year. More content for the multiplayer mode was provided as well, with more than two times the number of weapons. Each weapon feels different from the next and none stand out as particularly overpowered. The Titans—giant robots players can control a few times a match—have changed since the first game as well, moving from a loadout system to a much more balanced class-based system. Overall, the game has seen a massive improvement since the first and is possibly one of the best first-person shooter games of the 2010’s.

Launched for  PC and Nintendo Switch in 2016, “Enter the Gungeon” is an enjoyably hard top-down shooter game with a generally humorous tone. The game puts the player in the role of one of four starting characters with three more characters unlockable through gameplay. The goal is to explore the Gungeon, a massive structure filled with loot, as well as to acquire a mythical gun that can kill the past. To find the gun that can kill the past, players must navigate a maze of enemies and traps— almost all of which are gun-themed. The enemies are walking bullets, the currency is shells and the names of all the bosses and floors have some sort of reference to guns or bullets. As players progress through the Gungeon in search of the final floor, they collect new weapons from the chests hidden across the floors and from a boss fight at the end of each floor. The game has hundreds of different weapons, ranging from mundane rifles and pistols to unique weapons, like a mailbox that shoots letters or a gun that turns enemies into chickens. If a player dies before they can reach the end, they are returned to the Gungeon’s entrance and lose all of their equipment aside from their starting weapon and character-specific items. The game is challenging, so new players will find themselves struggling on their first few runs. 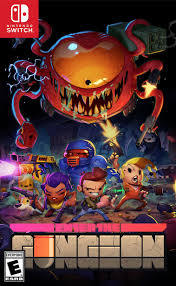 While the core gameplay loop may not sound rewarding, the feeling of discovering a weapon you’ve never seen before or reaching a new floor can be amazing. As frustrating as the game can be, it feels extremely rewarding to finally reach the bottom of the Gungeon and beat the game for the first time. Playing “Enter The Gungeon” can be frustrating, but the negative feelings are worth it for the good parts.

Released for the PC, Nintendo Switch, Playstation 4 and Xbox One in late 2019, “Untitled Goose Game” is an open-world exploration game in which the main character is a goose. The objective is to complete small, mischievous tasks, generally involving bothering the humans living in the quaint little town the game is set in. Once enough tasks in one area are completed, another area will open up to the player with more tasks to complete. 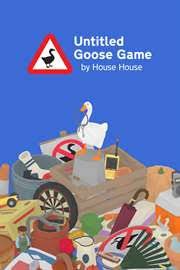 The game can have a lot of memorable moments, almost all of which are caused entirely by the player. The minimalist art style and somewhat dull setting mean that the player is the one to cause any funny moments to happen. “Untitled Goose Game” is a simple game with endless possibilities for fun since the entire point of the game is to ruin the day of every single human in the game. Players will be endlessly entertained with the human characters’ reactions to having their things stolen or messed with.