Growth-based grading is a measure of a student’s performance and improvement over time, in which teachers base a part of a student’s grade on growth. 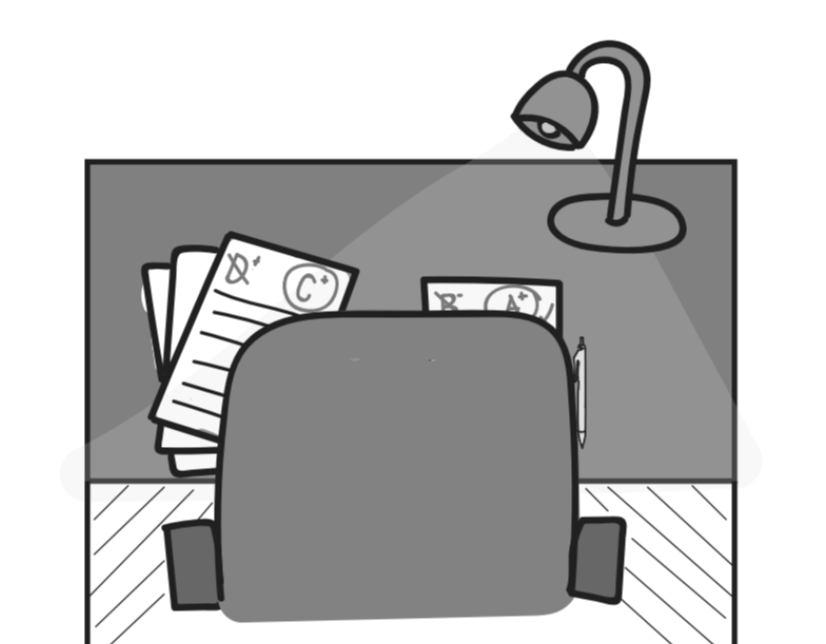 Growth-based grading has its benefits and downsides. Art by Margaret He

Growth-based grading is a measure of a student’s performance and improvement over time, in which teachers base a part of a student’s grade on growth. This grading system, in theory, is supposed to help students in their work by raising their grades and encouraging students to strengthen their experience with a subject. It accomplishes this by including a basic rubric grade along with regular, individualized feedback on the student’s achievement of standards. Although this idea seems ideal in theory, the physical implementation of such a policy presents many problems that underscore the benefits of such a grading system.

Implementing growth-based grading is beneficial in that students can receive an assignment with detailed feedback and use that to redo the assignment multiple times. Thus, this grading method allows students to fix their mistakes and raise their grades. This helpful feedback also allows students to better their understanding of the subject and helps teachers evaluate how students are progressing over time, usually by comparing the student’s first submission of an assignment with their most recent.

However, the consistency of teacher-based feedback is only true for certain classes. With larger classes, it would take a long time to evaluate students’ progress. This reveals an inherent weakness in growth-based grading: teacher time commitment. In school systems operating with more students, growth-based grading falls short of staff abilities. Spring testing requirements also perpetuate the disconnect between teachers’ capabilities and an ideal grading environment; teachers must dedicate time toward reviewing new content rather than re-grading past assignments.

The implementation of growth-based grading is also ineffective in its neglect of standards beyond high school. With the prioritization of growth-grading over an understanding of content, students lose the incentive to learn that grades contribute. The bar is lowered to individual capabilities, rather than the standard required for studies in college and real-world scenarios. Because of this, grading loses its value to colleges and learning for students is no longer a top priority. Instead, students present a grade to colleges that do not reflect their ability to perform in an environment with heightened standards.

To ensure that students are adequately prepared for life beyond high school, growth-based grading should also reflect a result, rather than the amount of progress made during a period. Rather, a system partially inclusive of growth-based grading offers students an opportunity to raise their grades and track their progress over time. This takes form in studies that incorporate retakes that give students back lost points, provided that they demonstrate personal development. To counter the time commitment that hinders a teacher’s ability to give meaningful feedback, classrooms can implement a combination of staff-support and peer feedback. This allows students to learn directly from a teacher, receive additional input from their classmates and then revise their work accordingly.

Growth-based grading that fosters a working connection between differing groups administers an effective solution to an environment unrealistically centered around the capabilities of one teacher. Such a system can be applied to all aspects of the students’ education if it is modified to reduce the workload placed on teachers. Growth-based grading reflects a standard that schools should aim to reach, with help from an educational structure that allows for efficient and effective learning.