Winter sports are ramping up as teams prepare for a strong season. 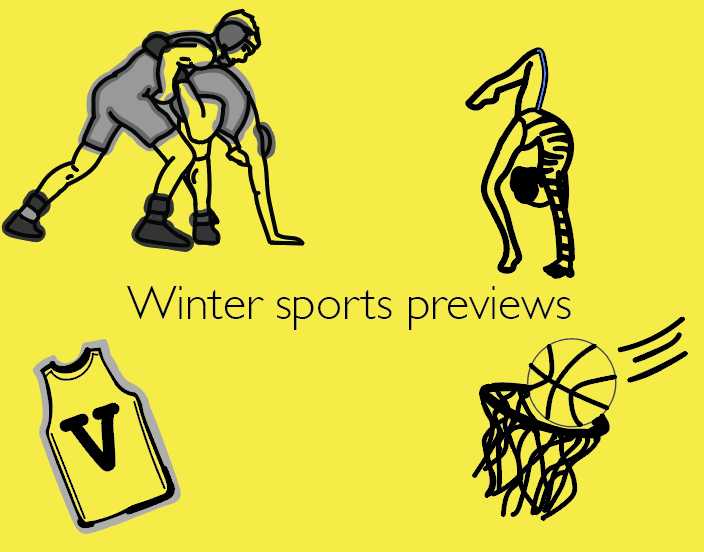 After years of being a no-cut sport, the gymnastics team will be more evaluative in choosing their athletes during tryouts this winter season.

“In the past… everyone made the team. This year we’re trying to get more serious,” junior captain Allie McCune said.

The team will be limited to 15 athletes, and tryouts started on Nov. 19.

“We were allowing people that never did gymnastics before, which is awesome if you have a small team. But now that we’re kind of running out of room, we’re going to start cutting,” McCune said.

In addition to reducing the size of the team, McCune said she believes the new selective process will strengthen the team’s ability to perform well.

“I think with the new gymnasts we’re getting, we’ll have higher scores,” she said.

McCune said gymnastics would most likely continue to be open to athletes of all skill levels, despite becoming a cut sport this year.

“I think we’re still going to have room for some new people… I think it’s really fun for them to join and learn,” McCune said. “Even our captain last year had never done gymnastics before. [Gymnastics] is really fulfilling by the end.”

Coming off a strong season last year, the boys basketball team hopes to go even further this

winter. Senior captain Peter Hansen said he believes the bond the boys share is important as the group pushes for success in the upcoming season.

“We had a really good season last year, and we have a lot of the same people coming back… I feel like the more chemistry that we develop more as a family we grow, we’ll get better and better,” he said.

The team has been training together for the better part of two years. Outside of the winter season, the boys play during the summer and fall. Team and individual workouts are also held, encouraging a close bond among the players and upperclassmen.

“We all get along pretty well. We love playing together,” said junior Logan Russell. “In a tight game, we are able to trust the person playing next to us.”

This winter, getting to state is the team’s goal. The team performed well in the post season last year, but making state was just out of reach. He said

he believes the outcome will be different with the close-knit team this time around.

“I’m looking forward to going to state. We’ve always been on the cusp of going. Last year, we were one game away,” Hansen said. “This year, though, I think we have a really good chance of going down to Tacoma.”

Going into the upcoming winter season, captains and athletes of the wrestling team want to encourage people to participate in their sport.

Sophomore Kailey Anderson said that even though she didn’t have wrestling experience prior to joining the team last year, the team was very supportive.

“Our sportsmanship is very good. We are all very encouraging. After matches, we always make sure to congratulate the person that wrestled, whether we lose or win,” Anderson said.

The team is no-cut, so everyone who wants to join is welcome. As the only female athlete on the co-ed team, Anderson said she would like to see some more female athletes join. Senior captain

Jack Murphy said he also hopes the team’s size will increase this year.

“I want people to join so people will be there when I’m gone… Anyone who wants to wrestle can wrestle. It builds physical and mental toughness, and it’s a really good sport,” Murphy said.

This year, Anderson and Murphy said they hope that the team will work hard and try their best in practice.

“Our goal is to make sure everyone is able to train well and make sure everyone gives it their all. Hopefully, some people can make it to state,” Anderson said.For potential athletes, Murphy said that no previous experience is needed, as long as you are open to trying something new.

“Anyone can strap on a spandex one-piece,” Murphy said. It doesn’t matter where you’re from or what you look like or what you believe in.”

Last year, the girls basketball team went to state and placed eighth. With a strong defense and good teamwork, the girls want to place even higher this season.

“Last year we took eighth. It was really fun. I want to make it to state again,” said sophomore Colbi Zorich.

The team’s success lies in their defense, said junior Isabella Reed. It was something the team takes pride in.

“Coming off of last year, I think our defense will be super strong,” Reed said. “Every season, we aim to be the team known for having the best defense.”

Reed and Zorich said that, along with defense, teamwork was important to the success of the team.

“Different players contributed in their own ways… overall we played together as a team,” Reed said.

Even though some strong senior players graduated last year, Zorich said she believes that the team will still be able to compete very well.

“I’m looking forward to seeing how strong of a team we are. Even after losing players, I still think we’ll be strong. I’m just excited to see how that works out,” said Zorich.