Ashley Vu creates her own opportunity

Senior Ashley Vu brands confidence and success through her own streetwear.

Co-founder of Strictly Only Excellence, Ashley Vu poses for a photo.

Senior Ashley Vu brands confidence and success through her own streetwear.  Strictly Only Excellence [SOE Streetwear] was established by Ashely Vu and her cousin, Derrick Vu.  The two both share the same passion toward business and began a project together that ultimately became a priority to them.

“Derrick’s really into entrepreneurship and all that. I had this idea and I kind of knew where I wanted to go with it, but Derrick really helped me,” Vu said.

When she wasn’t immersed in the world of fashion, Vu said she found herself excited about business and entrepreneurship. When she launched the start of SOE Streetwear, combining her two passions was not a difficult task.

“If you told me that I’d be starting a business a year or two ago, I wouldn’t have believed you. It has been a really cool opportunity to be able to accomplish this,” Vu said. “It has always been a dream of mine.”

After brainstorming for a couple months Vu and her cousin manufactured their clothing through Sanbon Pro Apparel, a company down in Long Beach, California. Vu said that they continued to revise their designs until they felt content with the results.

“My goals in the beginning were to build a lot of traction and spread the word. We wanted to let people know who we are, the message that we send out and our story.”

The name SOE Streetwear sparked from a business program that Vu was in. Through a brainstorming session, Vu said her team came up with Strictly Only Executives, but Vu later put her own spin on it when in the process of establishing her clothing line.

“It changed a little bit to ‘Strictly Only Excellence’ because that’s what I wanted the brand to be about and for it to embody our values,” Vu said.

Though she said her passion lies in fashion, Vu dedicates most of her time and effort in the world of business. After high school, Vu said she has plans of turning to product marketing as a career choice. As a way to further immerse herself into her own creativity in entrepreneurship, Vu participates in various clubs like DECA, Hugs For Ghana, and other business clubs.

“It’s an investment, but you get out what you put in and it’s very fun,” Vu said.

Vu’s own passions and aspirations have allowed her to start up a project that has inspired so many of her peers and friends around her. Vu said that she has received tremendous support throughout the process of starting her business, and she feels accomplished after the first official launch of SOE Streetwear. 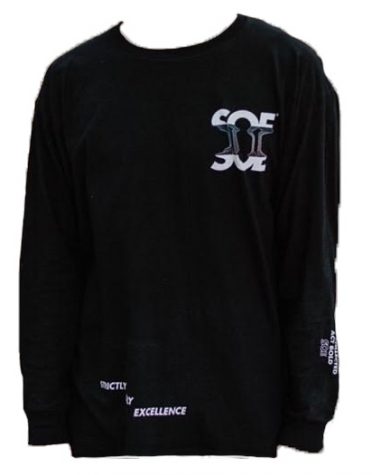