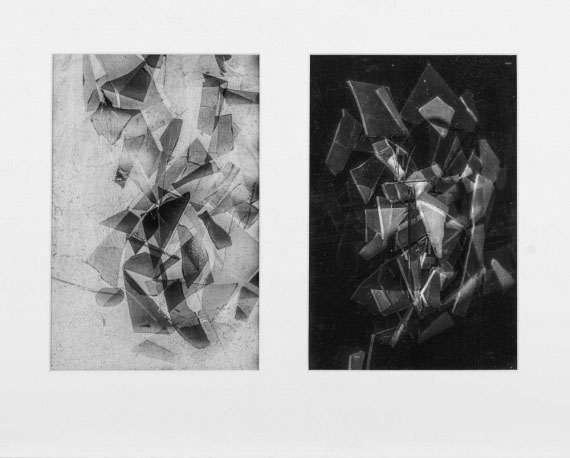 The gym can convert between basketball courts, volleyball courts, an assembly space — and an art gallery. On Saturday, May 4, the walls were covered in student photos as Inglemoor hosted the Washington State High School Photography Contest.

This year, students entered 3500 photos across 17 categories, ranging from camera phone to traditional black and white. Of the 66 schools present, Inglemoor came out on top.

“We took home the trophy again,” photography teacher Rob Flye said. “This is the fourth year in a row that we’ve gotten it.”

Behind Inglemoor with 54 points were Lakeside with 38 and Skyview-Vancouver with 18 for distant second and third places.

Oomen said she took both of her winning photos at the same time.

“I shot all of the photos on film,” Oomen said. “I took the negatives and inverted them to create this diptych [a two-panel artwork] for one of the pieces.”

To arrive at a final piece, Oomen said that her process consists of a lot of experimentation.

“A lot of photography is just taking random photos when you think something looks cool — that was what sparked my curiosity,” Oomen said. “I worked with Flye a lot on revising those photos.”

Nair said that the process behind her photo was similar — and her subject equally mundane.

“Honestly, I was bored, so I walked around Inglemoor and took the shot at the track,” Nair said. “When I took it, I thought the contrast of the high jump mat material would show good on film.”

“It’s never an easy thing to get recognition at contests — you never know what the judges are gonna do or what the other schools are gonna bring,” Flye said.

Of this year’s winning entries, six will be printed on a run of 250,000 Jones Soda bottles. Over the next year, they will also be exhibited at Museum Quality Framing, the Seattle Art Museum and Kenmore Camera.

The winning entries and finalists are available to browse on WSHSPC.com.