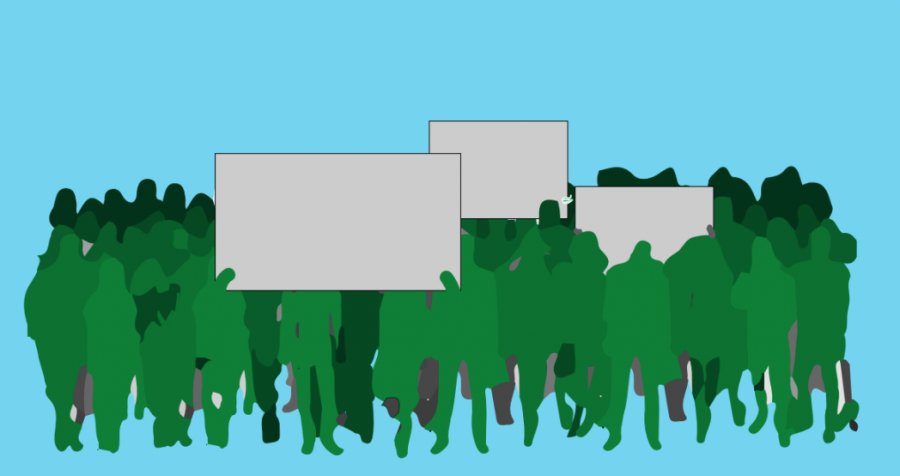 Will these climate strikes actually amount to any change?

We need to put consistent pressure on the government for policy changes
by Aditi Jain
The recent debate for climate change is about finding the most efficient approach to solve the problem. To protest government action, some students plan to skip school every Friday to partake in a climate strike, whose slogan is: “Why study for a future we may not have?” It is true that individual habitual changes make a great difference, but at this point, we are in need of a fast and permanent solution that encompasses everyone. Our lifestyle is the main problem, and it takes time to change this — time that we don’t have. This is why systemic action — through a climate strike — is absolutely necessary to force this change and educate people on the consequences of doing nothing.

Originating in Stockholm, Sweden with high school student Greta Thunberg, this climate strike has become an international event with clear policy goals, which, for the U.S., include a mandatory education about climate change, declaring this as a national emergency and implementing the Green New Deal, which will result in 100% renewable energy sources by 2030.

The limited amount of time that remains before chaos erupts — only 11 years, according to the 2018 IPCC report — has not been stressed enough to the public, which contributes to the legislature’s inability and procrastination to make policy combating climate change and its effects on the planet’s inhabitants.

Demand for social change in a public way is nothing new. During the bus boycott in the ’60s, the civil rights issue didn’t go unnoticed after it had a fully committed audience and a large crowd. Similarly, this climate strike has gained traction in many countries, inspiring many students to participate and commit. Not every student in Washington participates, but those who do send an important message: this strike is also a local passion, and not just of a distant foreign issue.

While there are some who argue that a strike doesn’t do anything except provide students an excuse for missing class, this argument belittles those who actually care about the issue. Some adults associate teens with being uneducated on current events, which is why any opinion we voice is sometimes invalidated. However,  students’ time concerns are backed up by climate scientists.

Additionally, more policy surrounding the reduction of climate change means more opportunities for “green collar” jobs, which are healthier for the person to work in. At the end of the day, individual habits don’t solve the root of a problem that is systemic, lacking convenience and the possibility for those individual actions to be feasible.

The students of this strike clearly want adults to sense their urgency. For years, this issue has been brushed off the priority list. Lack of green policy is affecting lives today and will continue to affect more lives. The only difference is that the consequences will hit harder and stronger, as shown through recent due to mass migrations, increased floods and hurricanes.

It’s not over though. The big message students want to convey is that there is time, but not enough to make this change leisurely. Transforming the country is crucial, however ambitious it may seem, including mostly national policy and the work of individuals in power to create sustainable energy, transportation and water systems.

We can’t keep skipping school forever — especially if the media loses interest
by Audri Saulters
While recognizing climate change as an issue and bringing it to the attention of legislators is an important cause, protesting is not the most efficient means for students to enact the immediate change that they are demanding. Though the protest on March 15 garnered plenty of international attention and coverage from major media outlets, little to nothing has been said about the protests afterward. After all, what is there new to report?

While climate change undeniably deserves more recognition and action, Fridays for the Future has critical flaws that must be addressed in order to succeed. The end goals of the protest –– cited as completely transitioning to renewable energy and declaring climate change as a national emergency –– are optimistic for our own infamously slow-paced government to achieve. As opposing parties in Congress continue to clash about the issue, federal action will remain stagnant, if not be regressive. Instead, the protest movement should create more localized goals that are immediately achievable. Rather than approach the issue with a few ambitious demands, we must address such a complicated behemoth of an issue one step at a  time.

However, even if protests adopt more localized goals for which to advocate, the significant loss of media coverage and government attention means we have to diversify how we want to enact change. After all, while the purpose of the protests is posed as the question “why study for a future we may not have?” students can’t keep skipping school forever. Meeting immediate attendance and graduation requirements will undoubtedly be the priority for many students, and with little reception to the protests following the one on March 15, the incentive to prioritize protesting over academics diminishes. Attendance at these protests will decrease as time goes on.

In Washington State especially, the demands for eco-friendly sustainability are heard. The green legislature is discussed every day in Olympia, and by protesting in our towns in Seattle, we are only contributing to a positive feedback loop that won’t amount to substantive change. This is where students need to pick up where the Fridays for the Future movement leaves off by researching the legislature discussed in Olympia and lobby for specific change. Our representatives do everything they can to be accessible to their district’s constituents, and that includes contact by phone and email. Save gas by skipping a car ride to the protest by calling your representatives instead. That way, you know your voice is heard –– not by another magazine, but the people who have the power to make a change.

In addition, since many of these protests are organized by student organizations, they have few legal structures in place and therefore provide protesters with very few protections. As of right now, lawyers and local nongovernmental organizations are taking it upon themselves to provide legal protections for protestors. With no guarantee of such protections in case, governments attempt to suppress protests, which is a frequent occurrence in many countries, the future those students are concerned about could be more quickly jeopardized by their own government than climate change.

As meritable as being a student-organized protest is, the Fridays for the Future movement needs a stronger backbone to ensure its own sustainability worldwide. Students need to be taking more action if they really hope to see the change they are advocating for.