A healthy life is a basic right 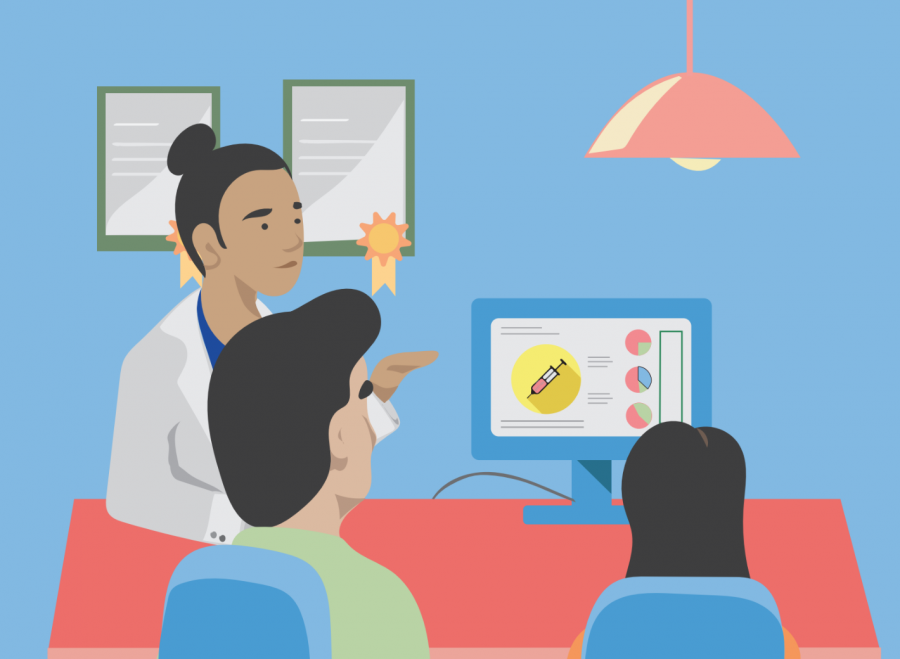 Widespread vaccination is crucial to the protection of those more susceptible in our society.

Everyone has a basic right to live in a healthy environment, and those who refuse to get vaccines do not show consideration of those rights, or the health and well-being of the people around them.

Disease outbreaks are one of the largest health problems facing us today. But when an outbreak does occur, the controversial question of “is it safe to get my child vaccinated?” starts circulating again. When the recent measles outbreak began in Portland, Oregon and then spread into Washington in early January [according to the CDC], this issue was once again being debated. The lack of vaccinations has gotten so bad in some areas that on March 27, Rockland County, New York banned any unvaccinated minors in public in response to the measles outbreak.

As if the flux in anti-vaccination views wasn’t bad enough already, the denial of facts and constant misleading claims surrounding the safety of vaccines can increase public fear and avoidance of vaccination even more. Many people nowadays get their information from social media, and one of the most talked-about subjects on there in recent months is the subject of vaccines and the commonly repeated misconceptions that claim vaccines cause autism and should be banned. However, when people decide not to vaccinate their families out of fear that they may do more harm than good, they send a negative message to others — while they care about the health of their own kids, they believe that people should put their personal beliefs over scientific facts. While the parents’ individual freedom for their kids can be argued as a reason to not vaccinate, public health and one’s responsibility to their community must also be addressed.

The advancement of vaccines has virtually wiped out diseases that were once considered dangerous and/or deadly, such as polio, chicken pox, smallpox, mumps and measles. However, with the dangerous trend of anti-vax rumors and false information, these diseases may come back and the health crisis will only get worse from there. Indeed, there are 465 confirmed cases this year in the US, the second largest number that is only surpassed by an outbreak in 2014. The only way that this man-made tragedy can be prevented is if people realize that ignorance of public health can turn into a national crisis fast.

In addition, vulnerable individuals such as infants, pregnant women and those with compromised immune systems rely on herd immunity to survive. Diseases such as the measles are often deadly to these groups, so those who refuse to vaccinate are quite literally handing out a death sentence to some of their community members. Widespread vaccination is crucial to the protection of those more susceptible in our society.

If you want to help make sure that this crisis doesn’t get worse, visit websites like the CDC, the WHO and the United States Department of Health and Human Services to learn about the truths of vaccines. Read books about this subject and perhaps petition your local government for vaccine and research funding.