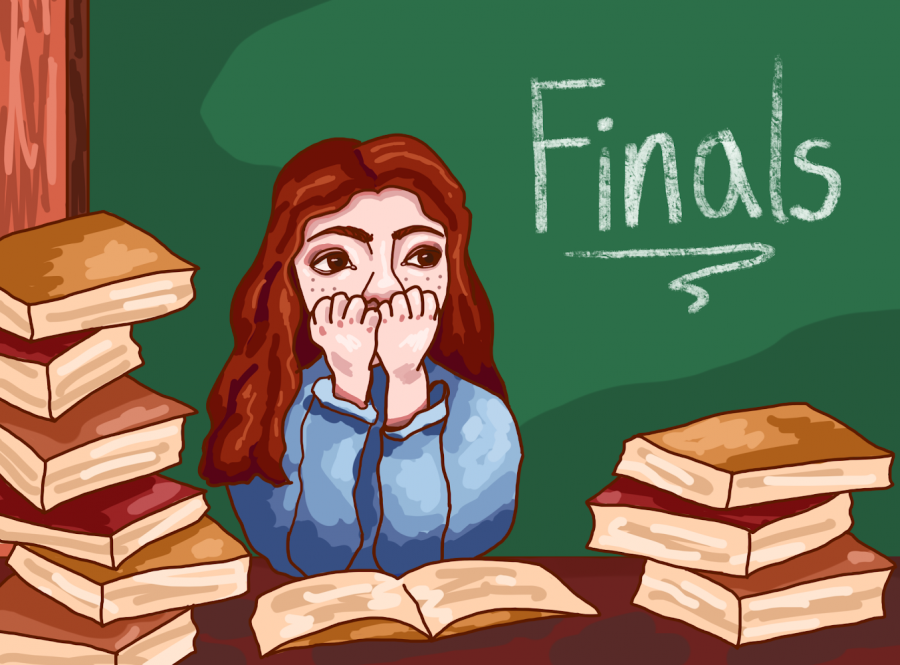 The semester ended on Jan. 26, but how did the schedule that was implemented that week affect students?

The end of the semester, particularly the infamous finals week, is dreaded by all students. This year, the school implemented a new finals week schedule that devoted large amounts of time to study for and to take these tests, which has helped students and teachers prepare for finals. With no school on Monday due to Martin Luther King Jr. Day, the new schedule consisted of 1-7 period days on Tuesday and Wednesday for studying, and odd and even blocks on Thursday and Friday, respectively, for taking the finals themselves.

Although many have criticized cumulative exams for being inadequate indicators of student accomplishment, finals still remain a significant part of many class curriculums. Furthermore, research has time and time again shown that cumulative exams can be highly beneficial and even necessary for learning, especially in helping students to retain information.

Keeping this in mind, the finals week schedule allowed students to take extra time to prepare for tests. With the impact that finals can have on one’s grades, it is crucial that students do well, and for many, having adequately studied is the key to success.

The new schedule also provided teachers with a whole block period for administering the final itself. As a cumulative test, finals are expected to be comprehensive, covering a broad range of learning, and therefore, can be quite lengthy. Giving students enough time to take the exam is also necessary for ensuring student achievement. The weight placed on finals makes it necessary that enough time is allotted for the test.

On the other hand, many students would argue that the finals schedule was unhelpful, or even adversely affected their performance during finals. For many, a final schedule seemed unnecessary, particularly because students can easily study by themselves at home and the extra time given in class to do so seems wasteful as a result. A change in the schedule might also even cause more stress for many, simply because having to know which class or lunch one has on these adapted days can cause confusion.

However, for the majority of students with finals, this schedule proved helpful in supplementing their success. With finals already causing an unhealthy amount of stress, it’s imperative that there is an adapted schedule that specifically caters to test-takers. The extra amount of time that the newly implemented schedule devoted to helping students succeed in these exams was highly beneficial for their performance and helped to alleviate a lot of the pressure placed on students to do well. With this in mind, the administration should consider implementing such a schedule for finals in the spring and for next year.