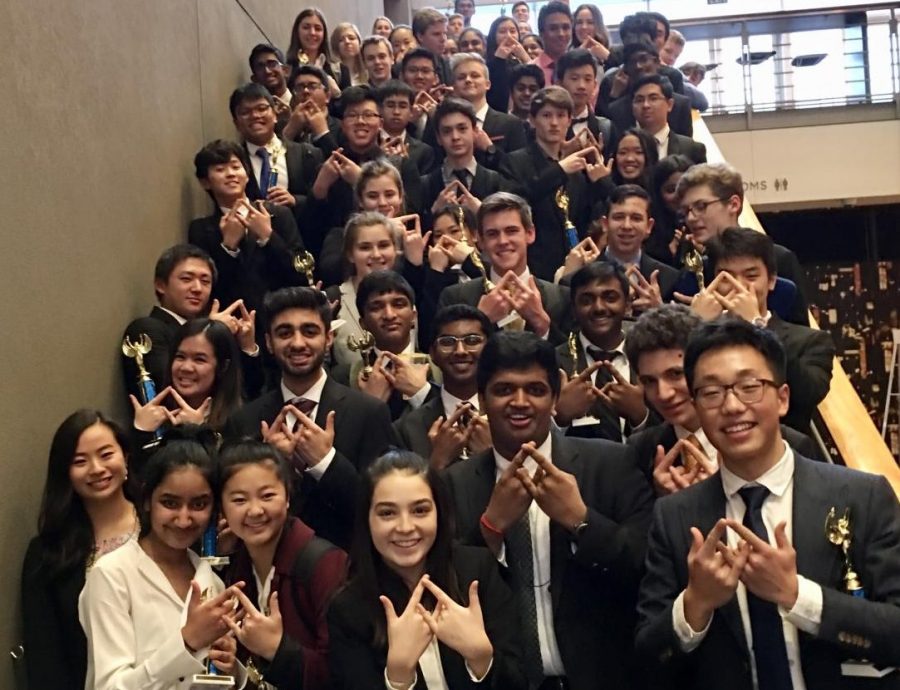 The DECA Area 3 Competition took place on Jan. 10 at Meydenbauer Center in Bellevue. Out of approximately 90 competitors from Inglemoor, 44 students* qualified for the State Career Development Conference (SCDC) in March.

Among the qualifiers is senior and Inglemoor DECA President Brian Xie, who placed third in the Integrated Marketing event with his partner, senior Stefan de Villiers. Xie said that he is looking forward to watching the chapter members, especially the younger competitors, succeed in this year’s state and international competitions.

“It’s going to be fun watching these ambitious freshmen, sophomores and juniors grow,” he said. “I’m extremely excited for [them] to take the reins this year and knock it out of the park.”

Xie said that he initially wasn’t sure how this competition season would turn out, due to a smaller chapter size compared to previous years. From a statistical standpoint, he said the chapter performed better last year because it was bigger.

“This year, many of our upperclassmen competitors became extremely busy and couldn’t fit DECA into their schedule, but many of them chose to compete without being in the class,” Xie said. “This shows the dedication [students] have to the organization as a whole.”

Junior and Vice President of Public Relations Amogh Pande, who qualified for SCDC with first place in the Hospitality Professional Selling event, said that some students were worried about continuing the success of last year’s DECA chapter, which placed second in the world at the 2018 DECA International Career Development Conference (ICDC). However, DECA students showed a successful performance at this year’s Area 3 competition.

“We had numerous event champions and even more people qualifying to move onto the state competition, which was a pleasant surprise,” Pande said.

Even though there were fewer members compared to past years, Pande said this has not affected the community of DECA but has actually helped to improve it.

“There seems to be more interactions between upperclassmen and underclassmen, there have been more successful mentorship programs and we’re starting to feel more and more like one giant family,” Pande said. “This relationship will only be strengthened as we move past to states, and eventually the international competition.”

Senior and Vice President Kira Dudsic, who will also be heading to SCDC with second place in the Hospitality Professional Selling event, said that she was happy to see a lot of first-year members qualify for the state competition.

“You can definitely tell who puts their heart into the competition and it’s rewarding to see them get recognized on stage for all their hard work,” she said.

Dudsic said that she is excited to see them grow as competitors and believes that they will perform well at SCDC.

“We’re a competitive chapter and sometimes we do put an emphasis on winning,” she said. “But in the end, it’s all about reaching your personal goals and producing work that you’re proud of.”

*The top competitors in each event qualify for SCDC, but the final winners are announced a few days after the competition in case of scoring errors. Those qualifiers will be updated on Jan. 15-16.