This month in sports: Boys Tennis 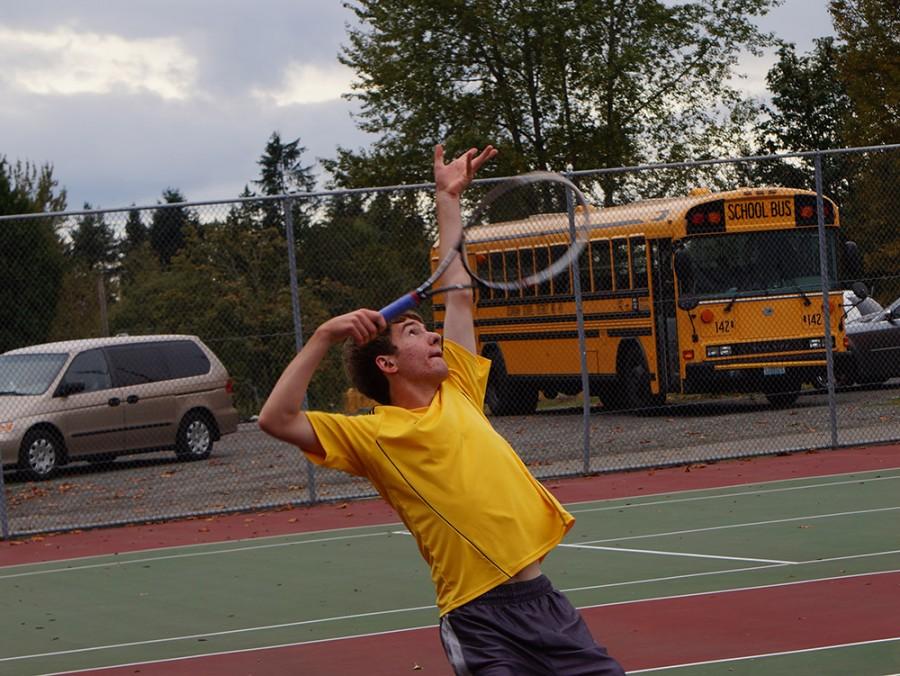 As the frigid air sets in and winter draws closer, the tennis team reflects over what they have accomplished. Even though the team has shared many experiences, the inevitable closing of the season is something senior Jared Weigler describes as “pretty sad” and “bittersweet” because he will miss competing with his teammates.

It’s close bonds like this that make the team strive to defeat opponents like Bothell with a 6-1 victory.

“They’ve always been our rival,” senior Ryan Chin said, which made the team’s victory feel even more rewarding.

Other highlights from the season include the match against Bellevue, which proved to be a real challenge. Despite losing the match, the team managed to finish with a score of 3-4, making it the closest game this season.

“Just the fact that we competed against them gave the team confidence,” coach Skyler Verloop said.

“We all try and push each other,” senior Anthony Kuykendall said. The positive support shared throughout the team is what carries them on, even when victory seems out of reach. But despite winning or losing games, the only thing that matters is being able to compete in matches to have fun.

At the end of the season, the team’s effort didn’t go without notice. By securing a solid spot in third place in the 4A varsity bracket with a 3-2 overall score, the boys’ tennis team has something to be proud of as they move on to district championships.