This month in sports: Girls Swim and Dive 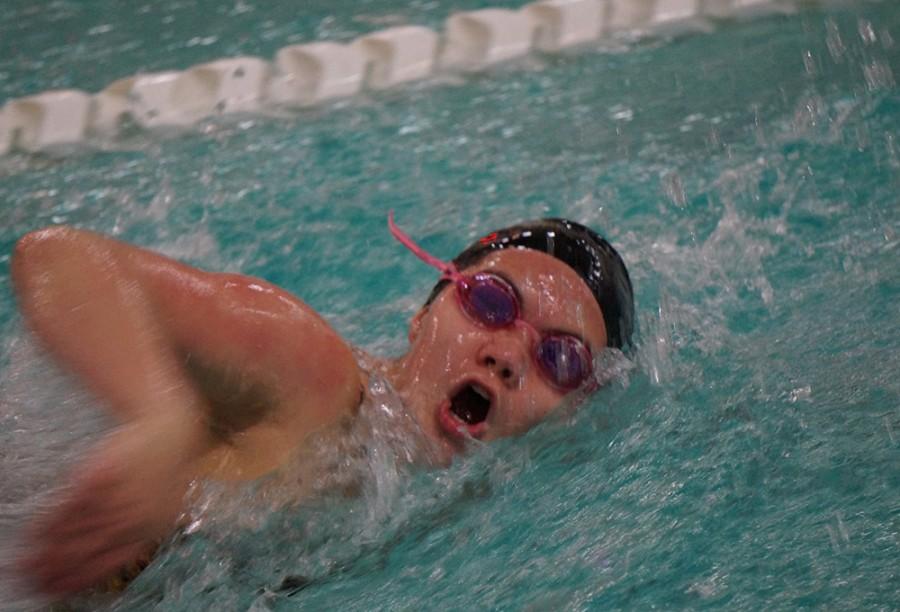 The passion of the girls swim and dive team is extraordinary. As the year wraps up, their determination and hard work paid off, and the girls have proudly finished their season with a record of 4-3.

Not only has the team been successful with their performance, they have created a strong connection between the swimmers and divers, something that was lacking in previous years.

“A main goal of ours is to encourage all the team members to support each other; at practice, and meets and in their daily lives,” senior Natalie Hoffman said.

Coach Monica Mayes, who has returned this year after taking a three-year break from coaching, describes how proud she is of each and every girl on the team.

“I think it’s incredible how well balanced all these swimmers and divers are by keeping their school work in check, being able to be involved with extracurricular activities, as well as keeping everybody united as a team,” Mayes said.

Junior Elle Roberts has also been a part of this team since her freshmen year. While Roberts has improved on her athletic abilities, she has also developed a family like relationship with her teammates, known as “the band of sisters.”

“We’re all one family, Roberts said. We look out for each other, no matter what.”

With districts at Juanita pool starting on Nov. 8, and state championships at the King County Aquatic Center on Nov. 14, the girls are getting ready to prove themselves one last time. The three ladies who have already qualified for state include juniors Calista Skog, Danielle Doennebrink and Liza Panova.