Meet Mike Tipple. With his passion for helping, inspires those around him daily. 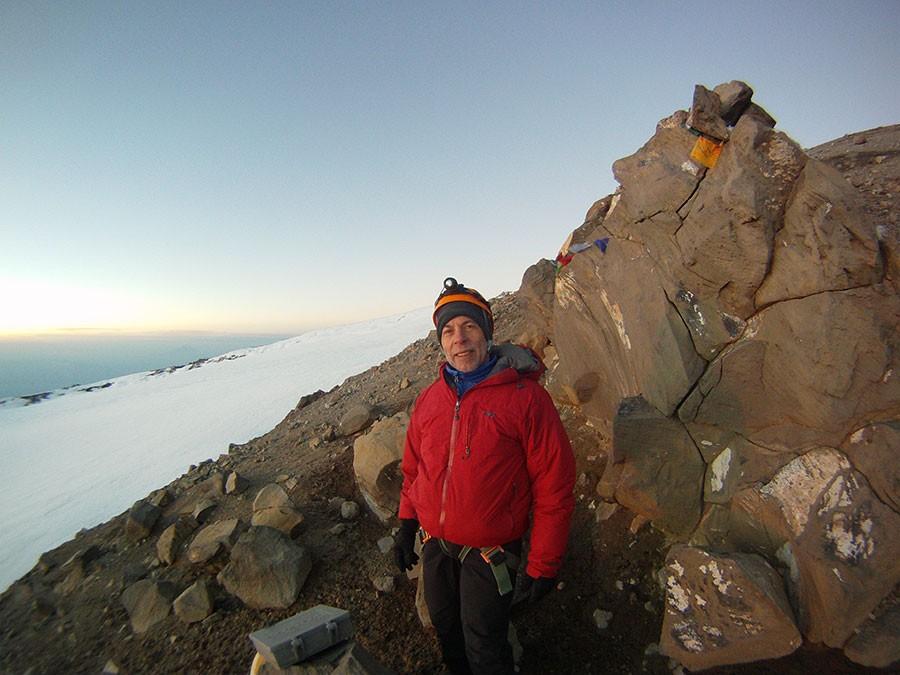 What is a paraeducator?

A paraeducator asists a disabled student. I am a one-on-one paraeducator, meaning that I work with one student.

What did you do before you became a paraeducator?

I was an auto mechanic for about 30 years. I followed my passion as a little kid. I used to tinker and take bikes apart and not be able to put them back together, but I got better at it. Come high school, I was really geared up to enter the auto shop.   I used to work on cars, I now work on people. I am a part time yoga instructor.

How did you get involved in yoga?

My own body started to break down through a lot of years of wrenching [on cars]. Arthritis started to develop. It got to the point where I was having a weakness in my back.

So at 40 years old I started doing yoga because I heard it could help. My investment in time was quickly returned in the help it gave me. I started to really feel a positive difference.

Many years of doing yoga led me to a different lifestyle as far as how I interact with myself. I do things to make me feel better and younger. Pretty soon this became to permeate to those around me. Now, I’m just enjoying life more.

Did you feel any anxiety because you are a man doing yoga?

Yoga has a negative attitude surrounding it, especially among guys.

The gym that I go to had an introduction to yoga class that they posted.  I thought, “You know, what do I have to lose?”

Some would respect me enough to follow me into it. I might have gotten teased because there were classes that I was the only guy in, but for me that was a bit of a motivating factor. It didn’t bother me that I was the only guy because I felt myself getting better, I was feeling better. I was watching my mind and body connection become more refined. That is what it is all about: becoming more coordinated and more skilled.

Do you have any advice for students?

If something has all these good things and none of the bad, then why wouldn’t you look into it?  You shouldn’t let people tell you what you can and cannot do.

What other exercise do you enjoy?

I did martial arts—Chinese Kenpo Karate—for years. I hike a lot, we camp a lot. Just getting outside and being active is what I do.  I also climbed Mount Rainier in September.

This climb up Mount Rainier was in conjunction with “Steptember,” which is an annual event about raising awareness for cerebral palsy and connecting that to fitness. We created teams of four and counted the number of steps we took every day. My daughter’s charity worked in conjunction with Pro-Vale in order to organize this event. [Steptember] raised a little over $20,000.

Could you tell me about your daughter’s charity?

My grandson, Jack, was born with cerebral palsy. That is kind of one reason that I started doing what I do now, as a paraeducator. And as a while ago as a yoga instructor, I learned that I liked working with people with people with issues, with diseases like Parkinson’s, arthritis and multiple sclerosis. The more I studied, the more I started to pick up tools of the trade, ways to teach people like that. When done right, yoga can help every part of your life.

My daughter started to look for what was available for Jack, such as physical and occupational therapies, and there weren’t many resources out there. She started to get to know people who had children who have disabilities. A lot of them, unlike my daughter and son-in-law, do not have good insurance and don’t have support. They struggle with getting therapies for their kids. Sometimes it comes down to not eating in order to pay the copays. Because of this, my daughter helped to co-found an organization called Determined Parents Foundation.

Are there any upcoming events sponsored by Determined Parents Foundation?

On Feb. 16, there is a fundraiser called ‘Boarding for Bucks.’ It is a tongue-and-cheek competition in which my daughter and a competitor will paddle board race up the Sammamish Slough from the Bothell Landing to Redmond in order to raise donations for the Determined Parents Foundation.

There is a celebration following the race at a Irish pub in Redmond called JJ Mahoney’s, which is a family-friendly place that does a lot of charity in the area.