The search for a new principal is over: Adam Desautels has been deemed the man for the job 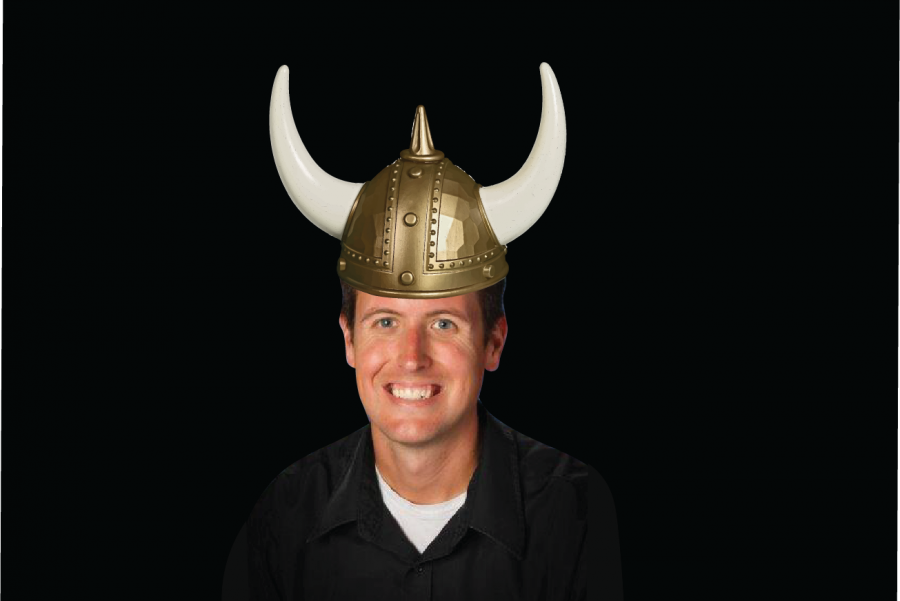 Adam Desautels has already taken his first step in building a relationship with the Viking community, and he hasn’t even started his first year as principal. On March 29, students, parents and community members received their first correspondence from Desautels. In his email, Desautels said that he is excited to build upon the work of former principal Vicki Sherwood in creating a positive and engaging school culture which supports every student.

“My primary goal in education is to help each student find their motivation and pathway toward success, regardless of whether they choose college, a trade, the workforce or military,” Desautels said.

During the principal forum on March 21, Desautels provided further details about his experience and outlook as an administrator. In his time as an English teacher and basketball coach in Phoenix, Ariz., Desautels said he enjoyed helping low-income students get into college which led him to pursue a career in administration. After completing the administrative program at Arizona State University, Desautels moved to Seattle where he conducted his administrative internship at Redmond High School. He said his main focus was student interventions.

“[I tried] to find the students who were lost between the cracks, who maybe did not have somebody to connect with in school and then help guide them and motivate them to stay in school and find success,” Desautels said.

Desautels continued to help motivate students when he was hired as assistant principal at Issaquah High School, home of the Eagles. During his four-year tenure at Issaquah, Desautels developed the Adopt-An-Eagle program. This program supports students who are struggling academically by pairing them up with a teacher. Teachers help them learn “adulting skills” such as prioritizing, organizing and planning.

“Even the students who didn’t succeed as much academically made a connection with an adult and [the program] helped us find students who were struggling with mental health challenges and students who were struggling with personal life,” Desautels said. “That connection helped them stay engaged and attendance increased across the board.” Desautels said that the “Adopt-An-Eagle” program also contributed to the fact that, in his last three years, all of his seniors have graduated on time.

To support every member of the Inglemoor student body, Desautels said he strives to be a very visible administrator.

“I think that it is very important for kids to know who their principal is and to develop a relationship with that principal so that they feel comfortable going to them in times of need and when they have ideas,” Desautels said. “This is something that helps enhance the student voice.”

By sharing this goal of doing what is best for students with teachers, Desautels said he has built strong relationships with them.

“I have become someone that our staff has been able to rely on and go to in crisis,” Desautels said.

Desautels also said he considers teachers’ opinions when making decisions and effectively communicates the reasoning behind each decision with every stakeholder including students, staff members, parents and community members.

Desautels is already a part of this community, as he lives five minutes away from Inglemoor with his wife.

While Desautels officially begins his term as principal on July 1, he said he plans to host an evening event before the start of the next school year where he can interact in person with community members.

“Inglemoor is a special opportunity for me,” Desautels said. “It’s a chance for me to give back to the community in which I live.”