Sex ed is outdated and not inclusive 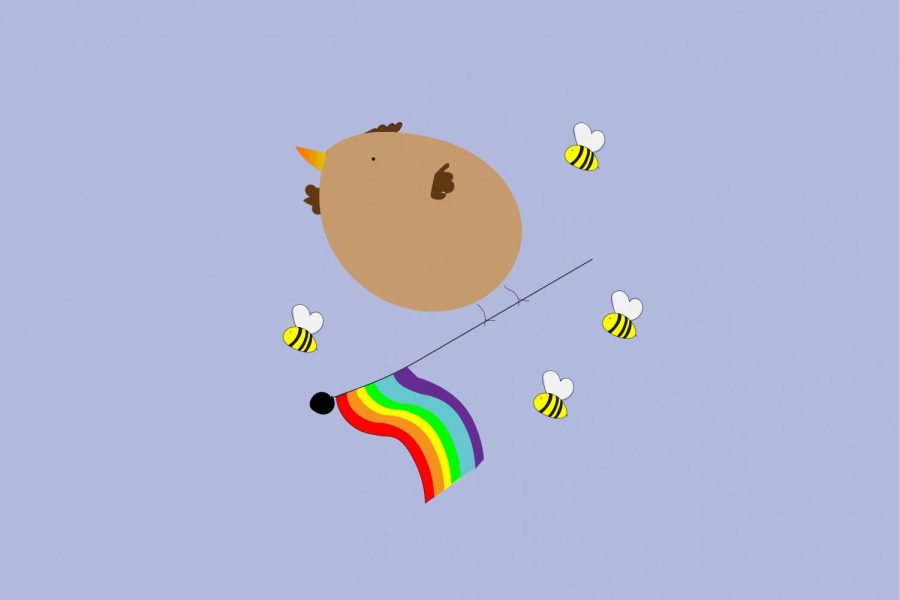 We live in an age where the taboo on discussing sex, gender and sexuality has largely been lifted. Media coverage of LGBTQ+ people’s stories has expanded dramatically, TV and movies have diversified their characters’ gender/sexual identities and the internet seems to host an unending conversation about what it means to identify as queer*. What’s concerning is that our school’s discussion of these issues hasn’t kept pace with this national discourse. Inglemoor’s health classes are failing to provide students with a comprehensive and inclusive education; they don’t include enough coverage of LGBTQ+ issues.

Perhaps the biggest problem with the current health curriculum is that it’s taught from the textbook “Health,” published by Pearson. This is what the majority of Inglemoor’s health course focuses on, and covers issues ranging from the reproductive system to exercise and nutrition. Despite being fairly up to date (the edition Inglemoor uses was published in 2014), a glance through the textbook’s index provides a clear perspective on queer students: the terms “gay,” “lesbian,” “bisexual,” “transgender” and “same-sex relationship” aren’t listed — even the more clinical term “homosexual” doesn’t appear. Under the chapter on AIDS, which includes the subheading “Highrisk Groups,” there is no mention of the ravaging effects the disease has had on the gay community. This seems like a particularly pointed omission — if current diagnosis rates continue, 1 in 6 gay and bisexual men will receive an HIV diagnosis in their lifetime versus 1 in 473 heterosexual men, according to the U.S. Centers for Disease Control and Prevention. The subtext here is obvious: in the eyes of Pearson, queer students don’t exist and their health isn’t a relevant consideration.

To be fair, Inglemoor isn’t really at fault here. Pearson is notorious for having a near-monopoly over the national textbook market, and many states have much stricter laws on sex education than Washington does. This doesn’t excuse its lack of LGBTQ+ representation, but it does explain it — Pearson’s textbook is a mass-market product that’s more concerned with avoiding sexuality taboos in less progressive states than providing students with a comprehensive education.

What is up to Inglemoor, then, is to supplement their lacking textbook with other educational materials. One tool currently used to this effect is the “Genderbread Person,” a visual demonstration of the spectrums of gender identity, gender expression, biological sex and romantic or sexual attraction. To answer students’ sex-related questions, an educator from Planned Parenthood is also brought into class one day per semester. However, whenever safe sex is covered, guidelines are always in terms of straight sex. Sara Kotwicki, a senior who took health last semester, says she wishes that gay sex had also been a topic of discussion because she “want[s] to know how to be safe there too.”

Even outside of sex-related topics, there are other important LGBTQ+ issues that are currently absent from the curriculum. Adolescence is one of the most psychologically fraught periods for LGBTQ+ people, as clearly demonstrated by the statewide 2016 “Healthy Youth Survey;” 25 percent of students self-identifying as gay, lesbian or bisexual have attempted suicide, compared to 8 percent of their straight peers. With statistics like these, it is incredibly important to give queer students as much support as possible. Covering issues that are particularly applicable to queer students such as social stigma, pressure at home and bullying could help immensely, and would fit neatly alongside Pearson’s curriculum section on “Problems in Friendship,” “Family Problems” and “Responsible Relationships.”

Unfortunately, the educational landscape for LGBTQ+ students is quite sparse, which means whatever changes Inglemoor makes to its health curriculum will have to be self-motivated. Considering that Washington has long been a leader of LGBTQ+ rights, though, there’s no reason our school district can’t do a bit of trailblazing. One available resource is Gay, Lesbian and Straight Education Network (GLSEN)’s website, which is dedicated to helping teachers and schools find resources to diversify their curriculums. Their free lesson plans on bullying, bias and diversity are ones Inglemoor could easily utilize. To help include students who aren’t in health class, Inglemoor could also host an LGBTQ+ speaker to give advice on both navigating the world as an queer teen and being a supportive ally. If schools are to allow LGBTQ+ students to feel included in the sex-ed conversation, diversifying the health curriculum must be made a priority.

*The term “queer” was once a gay slur, but has been reclaimed as an umbrella term by many members of the LGBTQ+ community, including the author of this piece.