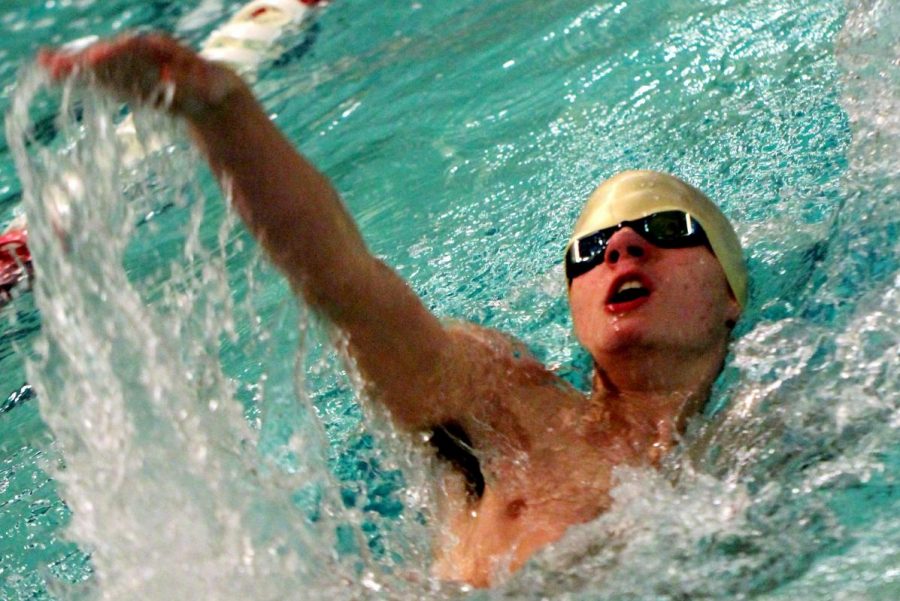 Records show that the boys swim team continued to fight hard through their season.

After facing a recent string of losses, junior Captain Quinn McCloseky said that the reason behind the recent struggles is very clear.

“We are a fierce bunch,” McCloseky said, “but our boys are small in number compared to other teams. Our team will face others that are 40-50 guys strong, while we often only swim with about 20-25.”

Head coach Corey Martin said that the team falls short in numbers in other areas as well, looking at the school’s current lack of a dive team.

“The last few teams we’ve gone against have had strong dive teams, and the fact that they can compete in that category in the meet means that they already gain an extra 13 points before we begin,” Martin said. “The guys are persistent, even though it’s tough to already be trying to catch up to their competitors before they’ve even started.”

This would ultimately change when the team made two last-minute dive recruits for their final dual meet, freshman Andrew James and sophomore Alex Dekay.

The team powered through their postseason meets with an ending record of 3-4 and a state-qualifying relay team.