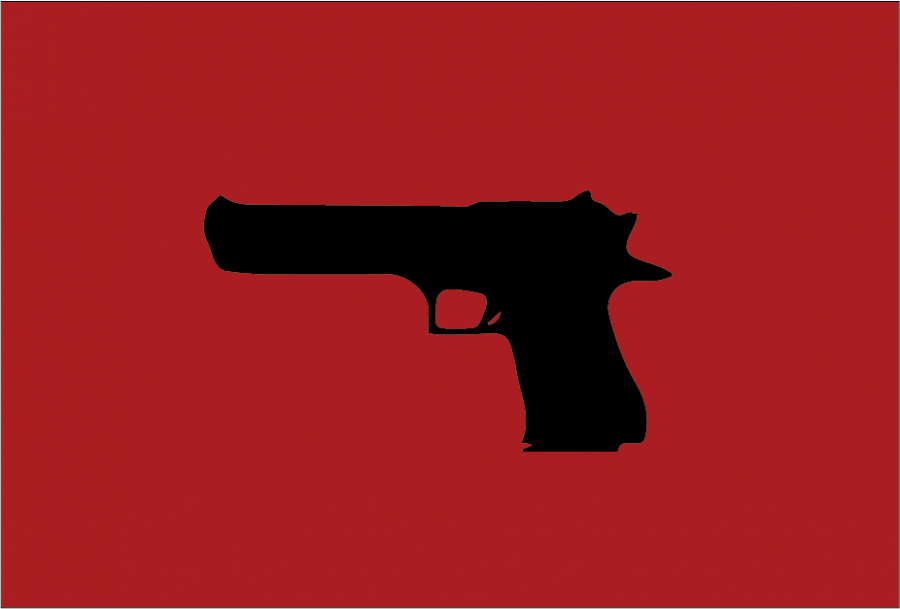 Gun laws are ineffective
After a mass shooting occurs in the United States, many Americans are quick to demand that the government increases restrictions on firearms. This advice would be entirely counterproductive and do little to actually reduce these crimes, while infringing on the rights of the people.

When gun control is discussed, it is commonly presented as an increase in the restrictions on firearm purchases. According to the Constitution, however, this cannot happen. The Second Amendment states that citizens of the U.S. have an undeniable right to “keep and bear arms.” By increasing restrictions on purchasing guns, the government would be infringing on the people’s rights. The founding fathers recognized the fact that people need to be able to defend themselves, and that right should not be violated.

For the 42 percent of Americans who choose to exercise their Second Amendment rights, the most common reason for ownership is the sense of security a gun provides. According to a Pew Research study from earlier this year, 67 percent of gun owners cite protection as their reason for ownership. This could be protection from attackers or thieves, or in more rural areas, from wild animals. Taking away the defensive power a gun provides would be detrimental to the safety and security that Americans are entitled to.

In addition to defending themselves, gun owners are able to use their firearms to save the lives of other innocent people. In 2007, Jeanne Assam, a security officer working at the New Life Church in Colorado Springs, Colorado, shot and wounded an attacker who had entered the church. She was successful in stopping the attacker, an action for which she was praised as a hero. Without her gun, any number of innocent people could have been killed. This and other similar examples show the side of guns that many fail to recognize — their use as life saving tools.

The overarching problem with increased gun control laws is that they are ineffective, and expanding them can prevent those who use guns for defense and safety from getting them. Current laws do little to stop criminals from purchasing firearms, and any new laws will be similarly ineffective. Someone who legally purchases a gun now could go on to commit a mass shooting with it later. Gun sellers will never be able to predict the future, and they have no way of knowing what someone will do after they have met the requirements for ownership. If the country were to just restrict everybody from purchasing guns to attempt keep them away from criminals, it would keep them out of the hands of people like Jeanne Assam who use them to save lives.

Although keeping guns away from criminals is inherently a good idea, it is also entirely unrealistic in the world we live in. Criminals will always find a way to get a weapon if they are set on committing a crime. Attempting to use gun control laws to prevent criminals from acquiring weapons would result only in fewer options for those who use guns for protection.

Overall, the ineffectiveness and counterproductivity of gun laws prevent them from being a feasible option for our country.
Gun control keeps us safe
The windows are covered in black paper, your classmates are hiding under their desks and an automated voice announces over the loudspeaker that you are now in “safe inside mode.” This is just a drill, but the purpose behind it is not. Shootings happen, and with two out of the five deadliest shootings in the United States occurring in the past three months, the controversy surrounding gun control has entered into the spotlight of public debate. These recent attacks — taking place at a concert in Las Vegas and the First Baptist Church in Texas — have raised questions concerning the adequacy of current gun laws. With cases of mass violence on the rise, state and federal governments should recognize the need for higher levels of gun control.

While the freedom to own guns aligns with the libertarian values of this country, the cost of that freedom is becoming increasingly apparent. Recent shootings have brought gun violence into the leading causes of death in the United States. This includes mass shootings, domestic violence and even accidental deaths. According to a 2016 study in the Lancet, a well-established general medical journal, universal background checks could prevent almost 60 percent of firearm fatalities, and according to the US General Accounting Office, 100 percent of accidental gun deaths of children under the age of six could be prevented with safety locks. If stricter gun control will reduce deaths, then it should be initiated as soon as possible.

Although the Second Amendment to the United States Constitution gives “the right … to keep and bear arms,” the intended scope of this amendment can be interpreted to focus solely on giving the people the security of being able to defend themselves against a potentially dangerous central government. Since the American people no longer need to fear colonization from the government, this purpose can be argued to be obsolete. Either way, when the intention of the amendment was for civilians to defend themselves, it seems reasonable to disregard it when Second Amendment rights are often exploited by individuals to hurt others.

Firearm technology has progressed since the Bill of Rights was written, introducing new threats that were not considered in its original purpose. This, combined with the outdated concept of a militia to protect from the government, ultimately causes the amendment to lose its relevance in modern situations.
Increased gun laws will actually play a part in making the public feel more secure. Since firearms would not be removed from non-civilians, such as the police or the military, regulations including thorough background checks and stricter monitoring would only keep guns out of the hands of those who are more prone to misuse them. This consequently reduces the need for civilians to own guns for self-defense.

Even as gun regulation laws become stricter, the increasing frequency of mass shootings is causing many people to start to question the capability of gun laws to actually control violence. Regardless of its efficacy though,  any preventative measure that could potentially reduce mass gun violence is one we should adopt.