Face in the crowd: Bianca Frintu 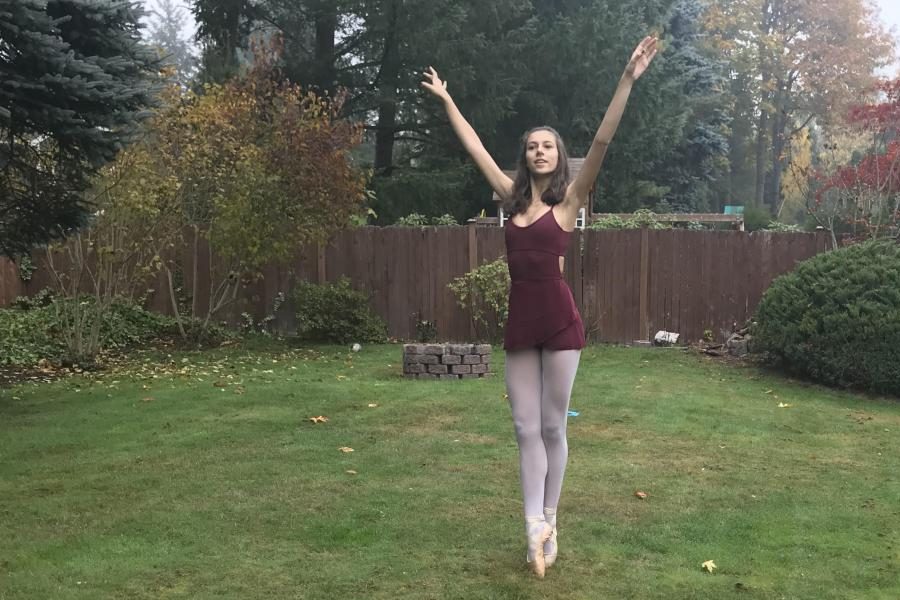 Unlike many dancers who started dancing as soon as they could walk, sophomore Bianca Frintu’s passion for ballet came to her about four years ago. She considered the idea after a shoulder injury that forced her stop swimming competitively.

Frintu has developed profoundly as a ballerina, finding a love for the moves and a connection to the music. Although it hasn’t come easy, she said she has been able to change her perspective and outlook on life because of it.

“I forced myself to think that it was too late, and I was always kind of upset because you can’t change age. [Being inexperienced] was a huge setback,” Frintu said.

Most of the other girls at her studio, the Russian Academy, had started dancing at a very young age. She was having a hard time keeping up with the moves that, Frintu said, the other girls performed as if they were second nature.

“I knew that I was the worst one there,” Frintu said.

Even though she had to work so much harder than most of the other girls, she never gave up.

“It’s all worth it if you perform it and do well,” Frintu said.

Additionally, according to Frintu, dancers generally aren’t able to express a story without having a personal connection to it. For example, if a dancer has a part in a love story, they need to have fallen in love to be able to dance to it. She said that the dancers need to have experienced what they are acting for it to be meaningful.

“Different pieces relate to different people. When you can relate to a piece, it feels like your arms are wings and it brings you up. Being en pointe doesn’t hurt as much anymore,” Frintu said.

Currently, Frintu is a part of two productions: the Nutcracker, which she has a solo in, and an excerpt from the Sleeping Beauty where she is the Lilac Fairy. She hopes to get a solo to compete in the international ballet competition Youth America Grand Prix next year.

“[Some pieces] feel like [they] were made for me. It’s as if the music allows you to be whoever you want,” Frintu said. “I find it so inspirational to be able to snap your fingers and change yourself.”

Frintu said the piece that represents her most is the Lilac Fairy from the Sleeping Beauty.

“I have learned something very important to me through these years. If you really, really want it, then the world is going to give it to you,” Frintu said.

She is auditioning for a five-week camp this summer. Although she wants to get into PNB, which is one of the largest ballet schools in the U.S., she said that she is already receiving excellent training.

“I have technique training three times a week, the Nutcracker on the weekends and Youth America Grand Prix preparation once a week,” Frintu said.

The trainings can be draining and hard, but her aspirations, she said, are what drive her.

“I have this amazing opportunity and I’m not going to give it up,” Frintu said.

Her dreams are to continue to do competitive ballet and to perform more pieces that give her adrenaline.

“If I had the opportunity to become a professional ballerina,” Frintu said, “I would take it.”