Additions to the program this year include a new teacher, a new volunteer project and a new menu at the DECA store 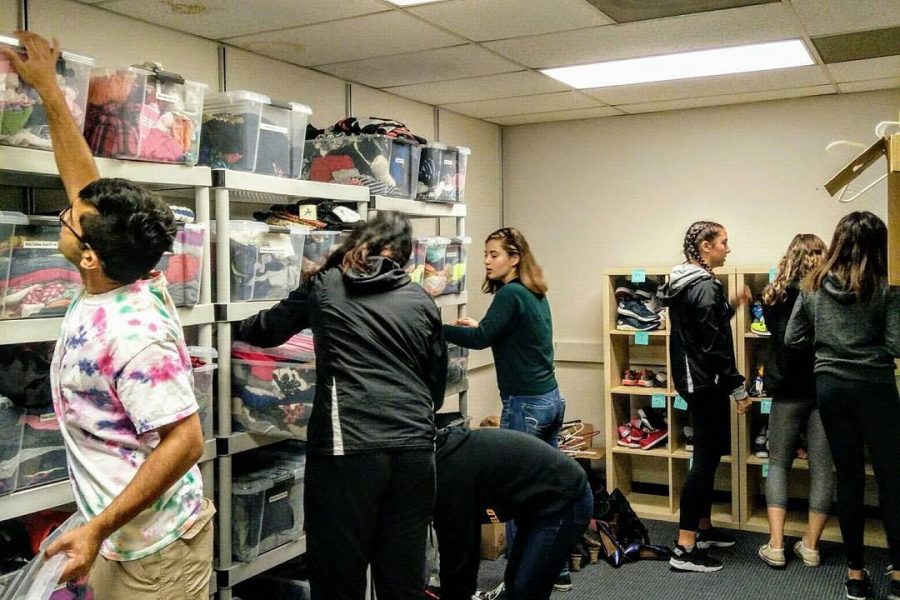 In the past, DECA students have competed in events geared specifically towards business, such as “Principles of Finance” and “Advertising Campaign.” This year, however, the chapter will be branching out from these more traditional events by competing in the “Community Service Project” (CSP) for the first time. As part of this, the chapter has begun to send members to volunteer at the Mary’s Place, a new homeless shelter in Kenmore, and the Northshore Senior Center.

DECA teacher Matt Pakinas, who is new to Inglemoor this year after teaching DECA in Wenatchee, said implementing the volunteer program was a good way to support an important pillar of the curriculum.

“You have multiple components to the DECA program and community service is one of those — establishing that mindset of giving back to the community,” Pakinas said.

Junior Stefan de Villiers, the chapter’s Vice President of Community Service, has been the primary figure putting together the volunteer efforts. His main goal for the program is to get as many DECA students involved as possible.

“We’d like to get 100 percent participation by the end of the year. That’s something you rarely see in other CSP events,” de Villiers said. “We’re also aiming to have about 200 hours total of volunteer service because that shows that our volunteers really contributed their time.”

At Mary’s Place, volunteers have so far helped to set up the shelter’s new Northshore facility, which opened just last month, as well as provided supervision for children there after school. Meanwhile, at the senior center volunteers have helped with chores such as washing the vans and raking leaves.

“I think a lot of the work we’re doing is kind of behind the scenes, to help the people to run the place more efficiently and give back to our community,” junior Jaeden Burdge said. She said that while the program has been off to “a bit of a slow start” she thinks it will start picking up speed soon.

Because this is the first year that DECA will be participating in CSE, de Villiers said that the service project will be limited to students enrolled in DECA. If the program is successful, though, he said that there may be volunteer opportunities for the rest of the student body in coming years.

For now, the chapter is concentrating on the positive impact that they’ve already had on the community organizations.

“They’re just very grateful,” de Villiars said. “It feels good to get our chapter more involved in the community.”