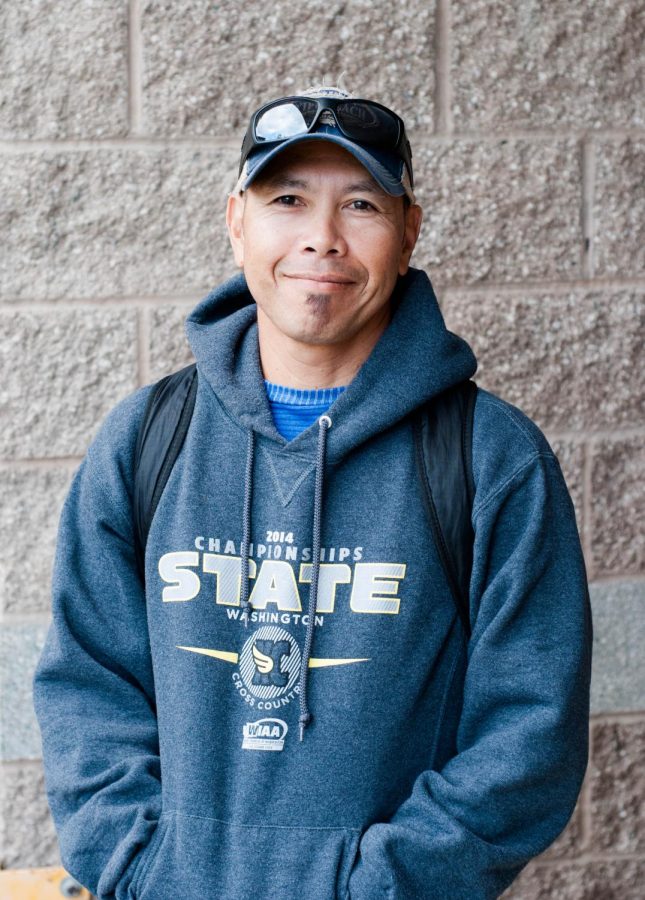 Through the last six years,  co-head coach Rich Bennett has enjoyed his role as an assistant coach on the cross country team. However, in his seventh year, due to the sheer amount of runners that have joined the team this season, he’s taken on the role and the adventure of becoming a co-head coach. He shares this duty with long time head coach Kelly Richards.

“I felt like I’ve had a great six years working with the cross country team. I’ve seen a lot of great kids come through the program, ” Bennett said. “I ran cross country and track when I was in high school and those were some fun times. I love to share that fun and enthusiasm with younger runners.”

In his first year co-head coaching with Richards, the boys varsity team boasts an outstanding record of 7-2, and a trip to state for the first time since 2004.

“A lot of their success is because they work together really well,” Bennett said. “They spend a lot of time together they build trust and that’s important for cross country.”

Bennett and Richards have worked together seamlessly in their first year as co-head coaches.

“I think we have similar philosophies and goals for the team,” Bennett said.

Coach Richards also commented on their cohesiveness. “We both realize that it’s high school athletics and that it should be fun, but we also want to teach kids about running, and how they can use it in life.”

Though the team is soaring through the 2017 season, it hasn’t all been smooth sailing. The cross country roster is the largest of any fall sport, and handling a team of that size is not always easy.

With 100 runners on the team who all run at various speeds, helping every level tends to be a challenge Bennett said.

“You have so many kids, and everyone is at a different level so trying to create a program that is fitting for everyone can be a struggle. But I think that because we have so many other coaches, we are able to meet the needs of the students pretty successfully,” Bennett said.

Stepping into his role of head coach has helped greatly with maintaining the structure of the team as they practice, Bennett said.

“I feel like they get the benefit of having one of our lead coaches with them at all aspects of their training,” Bennett said. “It makes everything more consistent too, when one or the other is not available. The outcome is happier, healthier runners ready to tackle the season.”

Despite the struggles that come with coaching a huge team, Bennett has continued to come back year after year.

“I think part of it is my own personal love for running,” said Bennett. “I’ve been doing it a long time, you know.”