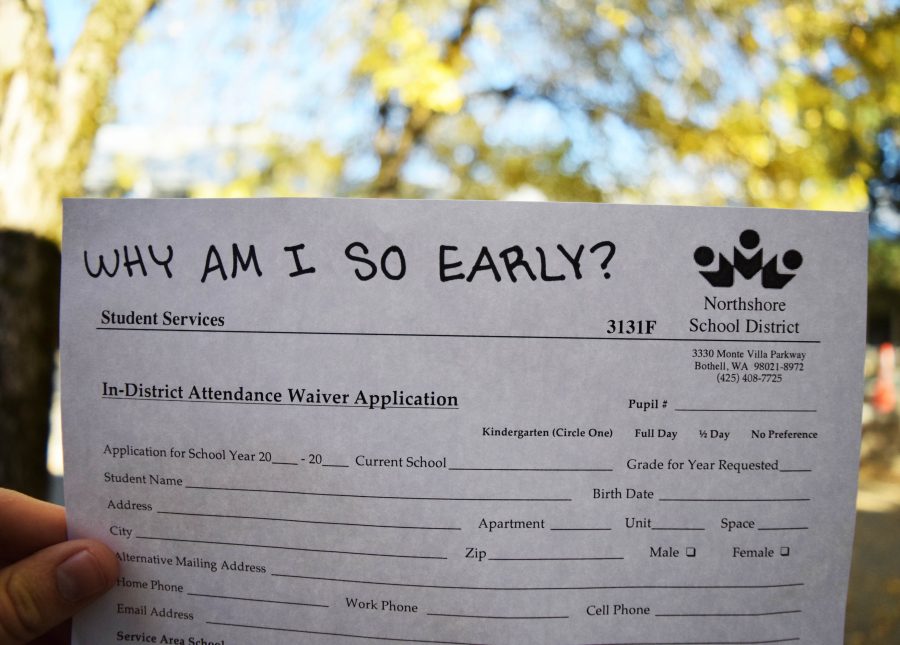 Big changes are coming next year: school boundaries will change to accommodate a new high school and freshmen will begin attending Inglemoor. This caused the deadline for student waivers to be several months earlier than it has been in years’ past.

“I think it’s unfair because it gives people less time to submit their applications and get in what they need,” waiver student and senior Ian Davies said.

The early waiver deadline is due to uncertainty in the number of students that will attend Inglemoor next year. The administrators need an accurate figure for student population so they can make a master schedule of classes offered. Every 28 students earn the school an extra teacher, so relatively small variations in school population have an impact on what classes will be offered.

“As far as the master schedule, we don’t get to decide that until after the waivers,”  Vice-Principal Jon Stern said.

The uncertainty in next year’s student population stems from the school’s changing boundaries. Approximately 95 students who currently are in Inglemoor territory will switch to Bothell territory, and an unknown number of them will waiver back into Inglemoor.

Even with the early waiver deadline, administrators have expressed that it will be a scramble for IHS staff to assemble the master schedule by its December deadline.

It will be especially difficult because this year there will not be an estimate of student population until the waiver deadline in November, and there will be a major change in classes offered due to the freshmen attending the high schools.

This puts extra pressure on the administration, but they are ready and willing to engage and overcome the challenge presented to them, Principal Vicki Sherwood said.

The waiver’s early deadline and its resulting effects on students is just one product of a wide variety of changes that will occur next year. The waiver form can be found on the nsd.org website, in the Student Services section.