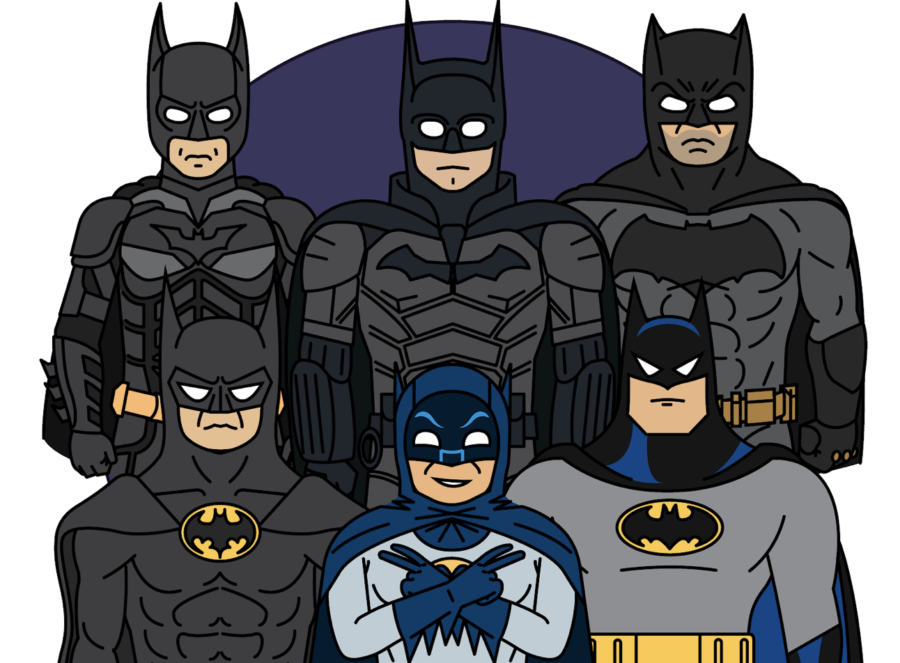 The theatrically released Bat-cluster of Batmen!

Batman and his mythos have had a great effect on film and have redefined superhero movies. With the recent release of Matt Reeves’ “The Batman,” there has been debate over which Batman is the best. After watching each movie released in recent decades, here are Nordic’s caped crusader critiques, grouped by directors and ranked from worst to best. Some are good, some are bad—and some are cinema.

Zack Snyder’s “Batman v. Superman: Dawn of Justice” is not a good adaptation of either Superman or Batman. We mean no disrespect to Snyder, but he had the opportunity to make something great by bridging two iconic characters, but fell short on both ends. Batman is a stone-cold killer in this movie and has no regard for anyone’s life, except Alfred (maybe). Ben Affleck may look the part of an older grizzled Bruce Wayne, but he plays the version of Batman who would actually beat up poor people with mental health issues; and that’s just not Batman. Admittedly, the action scenes are very cool.

Joel Schumacher’s “Batman Forever” is a very fun and inventive take on the Batman mythos in film. They recreated Gotham City to be a breathtaking sight with the neon graffiti in the alleys and huge gothic structures that hold up bridges, while creating insane action scenes that pushed the bar for comic book movies. It was the first Batman movie to truly focus on Bruce Wayne as a character, and it introduced Robin. Unfortunately, the sequel “Batman & Robin” was not as tight a movie as its predecessor. Ripe with studio interference, hilariously bad ice puns and a miscast Bruce Wayne, “Batman & Robin” isn’t a very engaging way to spend your time.

Tim Burton’s “Batman” (1989) redefined superhero movies, much like “Superman” (1978) did. It showed audiences that superhero movies could be dark, they could be edgy, and they could be weird. While Burton’s Batman movies may not be the most accurate adaptations in terms of his morals or motivations, they captured the gothic nightmare that is Gotham City perfectly, and Danny Elfman composed an instantly iconic soundtrack for the caped crusader. The sequel “Batman Returns” got weirder with the story when it introduced Michelle Pfieffer’s Catwoman and Danny DeVito’s Penguin, bringing us a very unique sequel that went darker than the first.

Christopher Nolan’s “The Dark Knight Trilogy” is what most people would say is the definitive Batman series. This trilogy takes a very grounded approach to Batman and really makes you build a relationship with Christian Bales’ Bruce Wayne. You see his journey from training with the League of Shadows, to saving Gotham City from the Joker, to eventually making the ultimate sacrifice and letting Batman die while leaving Gotham with a symbol of heroism to live up to. With the production leaning towards having a focus on character, story and the director’s vision, “The Dark Knight Trilogy” redefined how the superhero blockbuster should be made.

Bruce Timm and Eric Radomski’s “Batman: Mask of the Phantasm” is a very personal story that builds upon the already perfect “Batman: The Animated Series,” both of which feature the ever-iconic and amazing voice talent of Kevin Conroy as Batman. Enemies and lovers from Bruce Wayne’s past come back to haunt him and we delve into his transition to becoming Gotham’s dark knight in shining spandex. There haven’t been many movies that focus so much on Bruce Wayne’s life and his inner-demons, but this one does. Because of that, in our opinion, “Batman: Mask of the Phantasm” is one of the most honest Batman adaptations brought to film.

Leslie H. Martinson’s “Batman” (1966) is a kooky, fun and campy ride through Batman and Robin’s adventure to stop the four most dangerous supercriminals—the Joker, Catwoman, the Riddler and the Penguin—from taking over the world. It’s a simple plot that feels like an episode from its original show, just stretched out to an hour and forty minutes. The movie treats every event with the utmost importance, but it still has time for comically unrealistic action scenes like the one where Batman investigates a yacht that turns out to be a mirage, as a fake exploding shark latches onto his leg. We love a classic.

Matt Reeves’ “The Batman” is an incredible film about learning to inspire hope. It pulls inspiration from so many different sources of Batman media and manages to make one of the most raw Batman movies with wonderfully delicious visuals in every shot. Robert Pattinson’s performance stands out as a very underplayed depiction of the character, but it has some of the most intention behind each beat of silence and longing stare. The fight sequences are amazing, the Batmobile chase gets your heart racing and the soundtrack is beautiful. We cannot wait for the next one, if it happens. But it definitely will.

Chris McKay’s “The Lego Batman Movie” is an incredibly funny and touching movie that explores Batman’s relationships with Alfred, Batgirl, Robin, the Joker and even himself; albeit in a very exaggerated way sometimes. Batman is a hilariously self-absorbed parody of himself in the beginning, but he learns to love all those around him in the end and become a better person because of that. It has so many references to basically all Batman media, and it’s a real love letter to those who love the world’s greatest detective, except in Lego form.