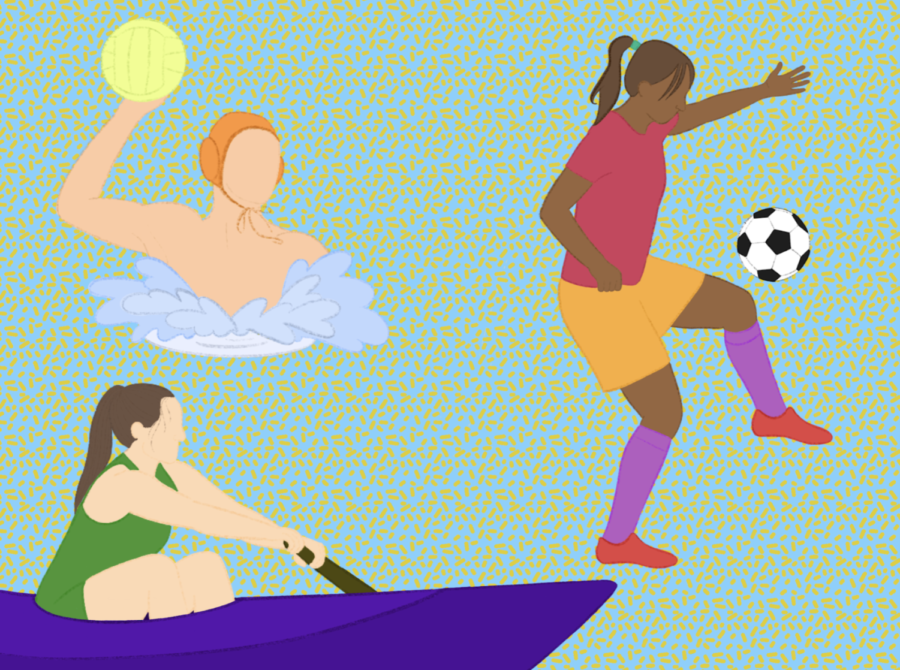 The girls’ soccer team lost against Glacier Peak during their second game of the season. However, junior team member Riley McQuade said that loss helped the team learn, and it didn’t prevent them from qualifying for the Wesking tournament.

“It’s no fun to play a ten-to-zero game…But games that are competitive—with two really good teams—those are fun to be a part of… That’s why we coach, and that’s why we play—to be a part of that environment,” Nelke said.

The team remained in this year’s Wesking tournament until Nov 2, when they lost 2-3 against Glacier Peak, which means they won’t progress on to the state tournament this year. Because the team won the Wesking tournament for the first time during their 2019 season, McQuade says she thinks they can accomplish that again in the future.

“We have a great team, it’s definitely going to be a struggle, but we can go just as far,” McQuade said.

Crew coach Douglas Van Gelder said the number of participants showing up to competitions is significantly smaller compared to the fall of 2019.

“All I know is at the Tail of the Lake a few weeks ago, there were six boats in the race. When we did that race in 2019, there were probably twelve teams,” Van Gelder said.

The team has managed to win several competitions despite their small size. Early on, they beat Bothell by a landslide in a 2k race.

“We raced against Bothell once, and we completely destroyed them, which was awesome. Our crew team is pretty great,” said junior rower Amari Love.

Every month, team members will do a 2k on an erg to track their progress. Since the beginning of the season, both novice and returning rowers have significantly improved their times. The team brought their average erg times down by 21.4 seconds.

Van Gelder said the team took this season as a chance to participate in their very first head race. A head race is a 4,000 to 5,000 meter timed regatta. The crew team had never participated in a head race until this season when their rowers (many of whom were novices) competed in two races against a collection of crew clubs, placing second in both.

The Northshore boys’ water polo team consists of 13 members from various high schools within the district—only two of whom are from Inglemoor—whereas most of the teams they play against have 20 to 30 members. Sophomore team member Joel Chapple said the team can’t participate in championships because they’re made up of multiple schools.

Chapple said the team’s size has made games harder. Since they’re usually half the size of their opponents, they can’t sub out during games. When the team loses a game, it’s usually only by a few points; winning games would be easier if the team had 20 to 30 players like their competitors do.

The team has only won one game this season. Chapple said that’s because they’re a new sport, and they’ve had to work to learn how to play together as a team. He said every game they’ve played together has helped them understand each other better.

“We’re playing like a team. It’s a lot more collaborative now than it was in the beginning,” said Chapple.

Moving forward, the boys water polo team hopes to gain more members, recognition, and funding.  “I feel like water polo could be an extremely popular sport because it has a lot going for it. It’s really fun to watch, and it’s really cool to play. The pool [is], it’s funded by adults. All of the parents [of the players] are paying $900 because it’s not funded at all, ” Chapple said.

Chapple said the team’s experiences this year have not only helped them to improve, but brought them together as a team as well.

“We’re becoming better friends, and I think getting along has helped. Water polo teams generally have a lot of people, and we’re very small. Practices are hard, games are hard, but we have each other, we always get through it, and that’s a bonding experience,” Chapple said.