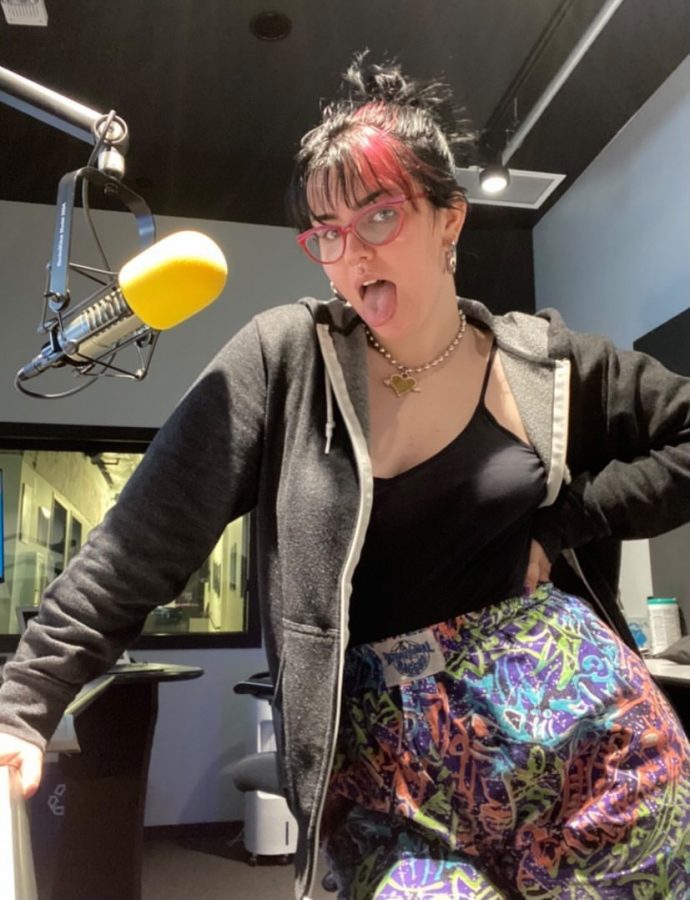 From rock camps to radio shows, former Inglemoor student Kennedy Quille said she’s always been interested in the music scene. Interning at KEXP as a host, her love for all things groovy is live on the air during her late night radio show. Quille said she uses her platform to advocate for women and femme presenting people to be comfortable reaching for their goals in male-dominated industries.

Quinn said that the riot grrrl music scene has shaped her perception of the music industry. The riot grrrl movement started in the Pacific Northwest as an expression of political injustice in combination with the aggressive musical styling of the punk scene.

“I listened to a lot of Liz Phair and Lilith Fair type music, like Alanis Morissette, all that good stuff,” she said.  “I was very much exposed to bands like Bikini Kill and Sleater Kinney when I was a really young kid.”

She said that although there are struggles in standing her ground in the music industry, it’s important to find your voice and stand for your own opinions.

“I feel like some of my personal obstacles have been motivation. … especially working in an industry that is so male dominated and so kind of gatekept,” Quille said.

Quille said she advocates for young girls and femme-presenting people to always speak up and present their opinions because every voice has power.

“I feel like my presence as a femme person working in the industry is just already advocacy, like staying in my place and not moving for anyone is definitely a big part of it, and just kind of not being quiet about my opinions,” she said.

Quille says she often asks herself when she feels as if she’s being too outspoken.

“Would a cis man feel bad about saying this? No, people wouldn’t,” Quille said. “So I can say it too, because, I shouldn’t feel sorry or feel bad or apologize for saying what’s on my mind for having an opinion about something.”

Aside from advocating for women/femmes in the Seattle community, Quille said she thanks Rain City Rock Camp for an amazing introduction into the rock scene. Rain City Rock Camp is a nonprofit volunteer organization, based in Seattle, that introduces women and femmes into the world of rock, intertwining gender liberation and promoting social justice in the community.

“Rain City Rock Camp, I love them so much, they are so fundamental to who I am today. I would not be the same if I did not grow up with all of those cool local feminists and musicians around me,” she said.

“They host this thing called lavender sessions, which is for queer women to talk to other queer girls and gender non-conforming people to just talk about the music industry and whatever they want to talk about, share, or present, which I think is rad,” she said. “They have a recording studio there as well to help out a lot of really cool artists in Seattle.”

Both in her music and in her advocacy, Quille strives to stand for all gender and gender non-conforming people.

“I make sure to use language purposefully,” she said. “When I’m around people in power, or whoever I’m talking to really, I’m making sure that my voice is heard and that, I can be a loud, angry girl, and I can still be taken seriously.”