The Valhalla Players take on “The Crucible” 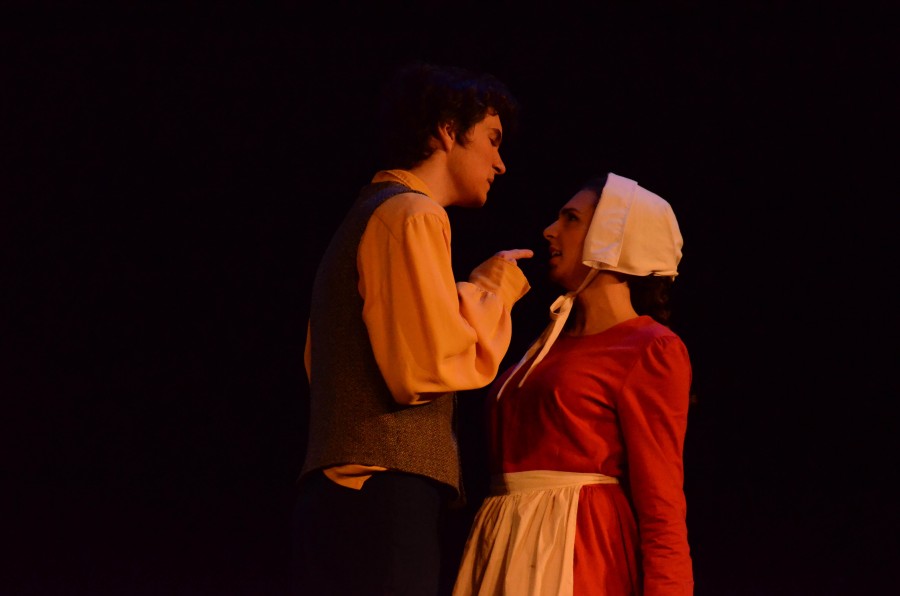 The eerie play, “The Crucible” by Arthur Miller, is an allegory that takes place during the Salem Witch Trials in 1692. The play acts as a commentary on McCarthyism, the fear of Communism, during the 1950s. The Inglemoor Valhalla Players tackled this heavy and dark play with incredible finesse, despite the difficulty of the text, the language and the intense moments found throughout the work.

The language used in “The Crucible” is not easily understood by most people unless they know exactly what the play is about. The cast used props and gestures to their best ability to demonstrate the action in the plot, but there were times when first time viewers would have been very confused. However, many students have already studied the play in depth in their English classes, which made it easier to follow along.

Although the use of complex language proved difficult to understand, the cast did an exemplary job at taking on dark scenes that required talented acting to pull off. Many scenes involved screaming, swearing, witchcraft and talk of the devil. The actors did not seem at all uncomfortable with the intense aspects of the play and did not break character.

Senior Sophia Konat played Abigail Williams and senior Iain Kelly portrayed John Proctor, the leads of the play. Both are experienced actors, but they truly proved their talent in this production. Proctor often yells at Williams, calls her offensive slurs, and even goes as far as to slap her across the face.

During these scenes, the entire crowd was enthralled, and Kelly and Konat did not hold back. Konat excellently portrayed the manipulative and evil character of Williams, and Kelly proved himself a strong lead as the internally conflicted, but stern, Proctor.

Overall, “The Crucible” was a fantastic production put on at a perfect time of year. Although some viewers may have had trouble following along or felt uncomfortable with the heavy subject matter, the cast did an excellent job portraying the play for the disturbing event that it depicts. The production showed off the experienced cast members’ talents, but also the newer actors that will carry the productions down the line. If anyone could pull of this sinister play, it was the Valhalla Players.